This post has nothing to do with fitness or food.. but a product that I received free to try from Influenster for their #FinditAtTarget voxbox. 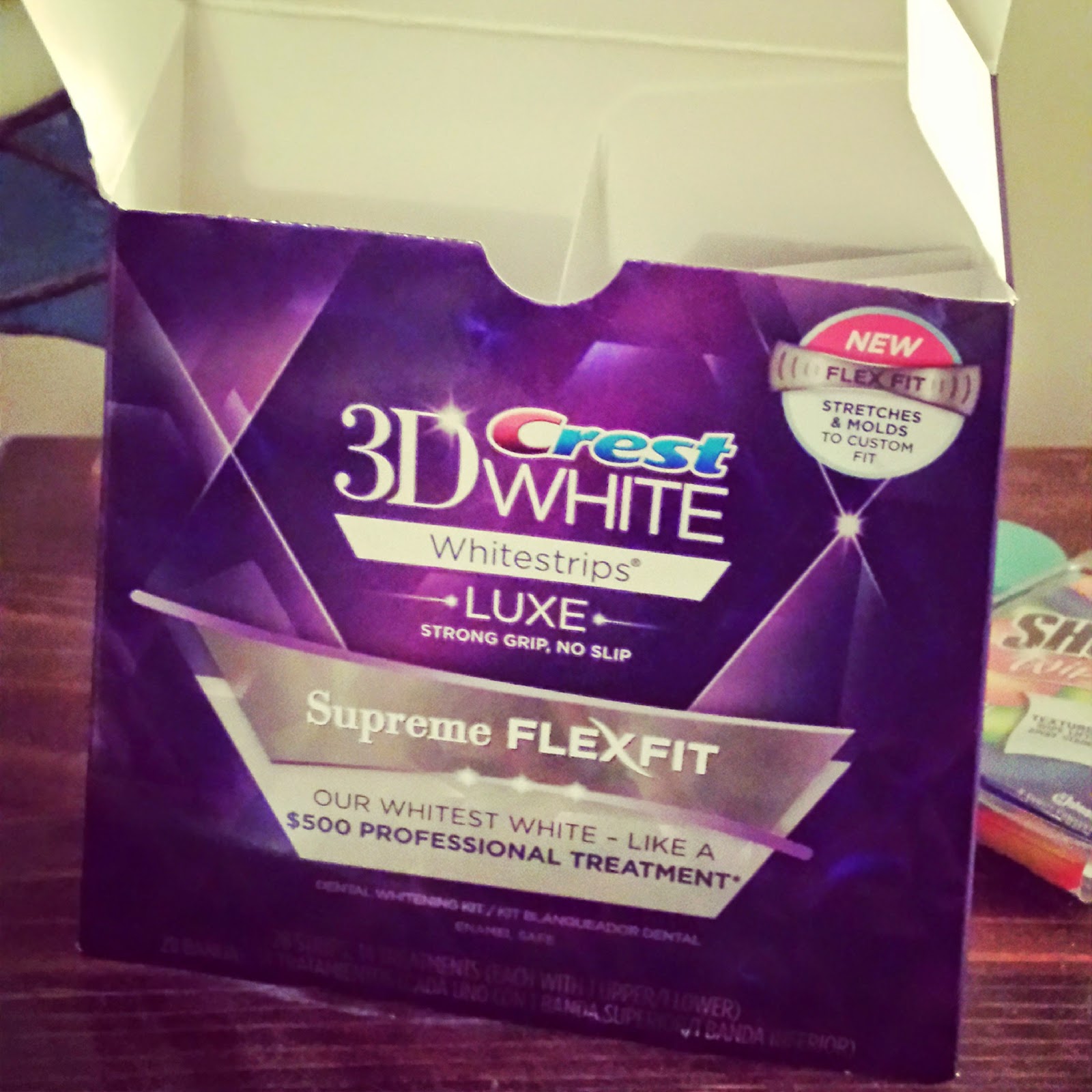 Sadly, I could not personally use them so my husband happily took on the task. I do not have clear before and after pictures at this time because of that. I know he has been taking pictures along the way but I don't have access to them right now. I will edit the post with these as soon as I get my hands on them :)

Basically he has told me that they worked pretty quickly and he noticed a difference after the first use.

His biggest frustration has been that they take an hour each application. This has been a huge issue for him trying to get through the whole series of the strips.

One other thing he mentioned was that if he got even a little of the strip misplaced on his gum it did not feel too great.. aka.. it BURNED!!

Overall, I think he has been pretty happy with the results of these strips. He has used others in the past that didn't stay on too well, didn't whiten as well as he had hoped and were down right disappointments.