As I have mentioned (and you probably noticed) I have been major blog slacking since my 10k the other weekend.  I sure haven't been workout slacking though. I have been trying to run and workout just as much as I was during training because I don't want to backslide. Especially with warm weather finally upon us I really am enjoying runs even though they are definitely not as long as I was going on (10-12 miles) but mostly because I haven't had any Saturday mornings free and won't until June. No BIG. I didn't just run the past two weeks even though that's what I am sharing today- I mixed in boxing, yoga, some high intensity cardio and some good old fashioned squats and core work. 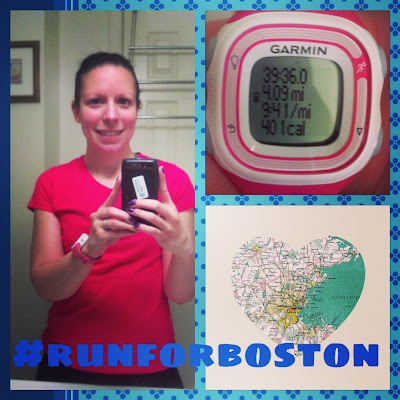 As we all know, the Boston bombings tore down and built up the running community as well as so many others.  I feel so proud to be part of such a great group of people all over the country and world that sprung into action to support those who died and were injured at the event. I joined in on a few things going on in facebook/blog land and this was the first. Read more here 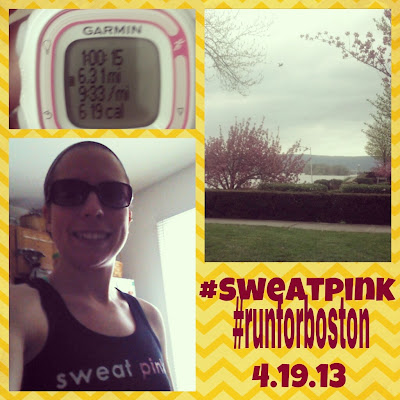 Next, I ran a fierce 6.3 miles on my day off at hubby's birthday. He worked a partial day and I just took the whole day off to get in a good run and get ready to go away for the weekend. I ran down by the river in Harrisburg and although there were impending storms, I made it the whole way without getting stormed on me. I finally got to rock out the sweat pink tank and LOVED it. Nice and soft and, maybe it was imagination but it really soaked up the sweat like a  BOSS. 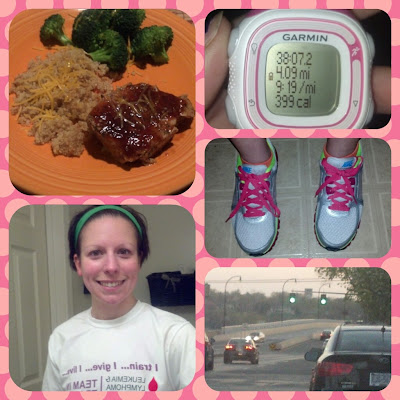 This was my #bostonstrongharrisburg run since I couldn't join due to last minute notice and I work until 7:30pm. I did a nice 4 miles which were a little chilly because it was just one of those days. It also started to get a little on the dark side and I got a little anxious to finish just because strange things tend to happen after dark over in Harrisburg and I didn't want to be one of them. Yes, a little paranoid, but seriously warranted I do believe. 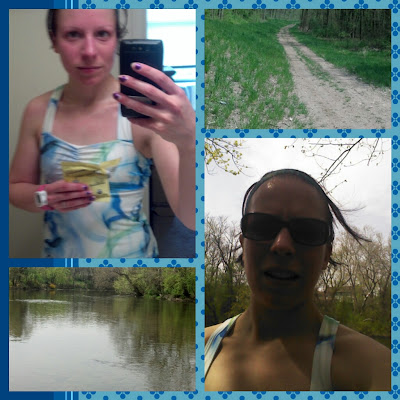 Last Wednesday's crazy run. Forgot to include my watch pic- but it was 5.7 miles I think. Really not my best run because I left the house with no fuel and was not prepared for how far I ran. I decided to continue down a road I have never been (bad idea on a tight time schedule) and it dead ended when I didn't think it would completely so I had to circle back and struggled most of the way. Whatevs, lesson learned- idiot. LOL. 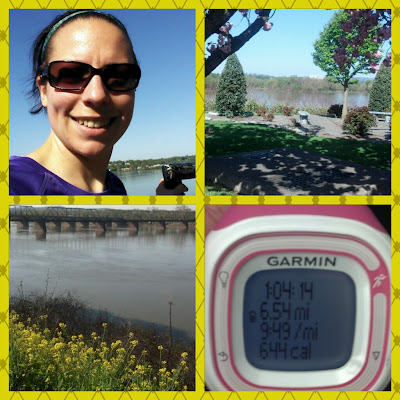 This brings me to Friday's run, and the final mileage to reach the 26.2 (and some change) for my runners unite/Boston Strong runs.  This was such a beautiful day to run and I was so happy to be out and about. the sun was shining, the river looked gorgeous and I just soaked it all up. The only downside was my fuel- honey stinger gel- gold made me want to puke. I had never tried it before and will never touch my lips to it . ever. again. The taste was awful, it was too warm, and the after taste mixed with it sitting in my stomach was definitely far from being a winning combination.

It was such a challenge to run so many miles in 2 weeks, especially when I didn't have any large chunks of time on weekends available. I really did spend the time reflecting and thinking about everyone there at the race- how their lives changed, how their family's lives were effected, what it felt to not get to finish the race, what it felt like to finish and know others didn't, and the list goes on and on.

Did anyone else complete many runs thinking about Boston??
Tell me your stories.