Pseudo running a half marathon

Sunday morning I met up with two team in training mates at 7:30am to run 9 miles for our Hershey half training. We decided to start off our run by looping up through Wormleysburg and up to Lemoyne to Negley Park (which I talked about here) 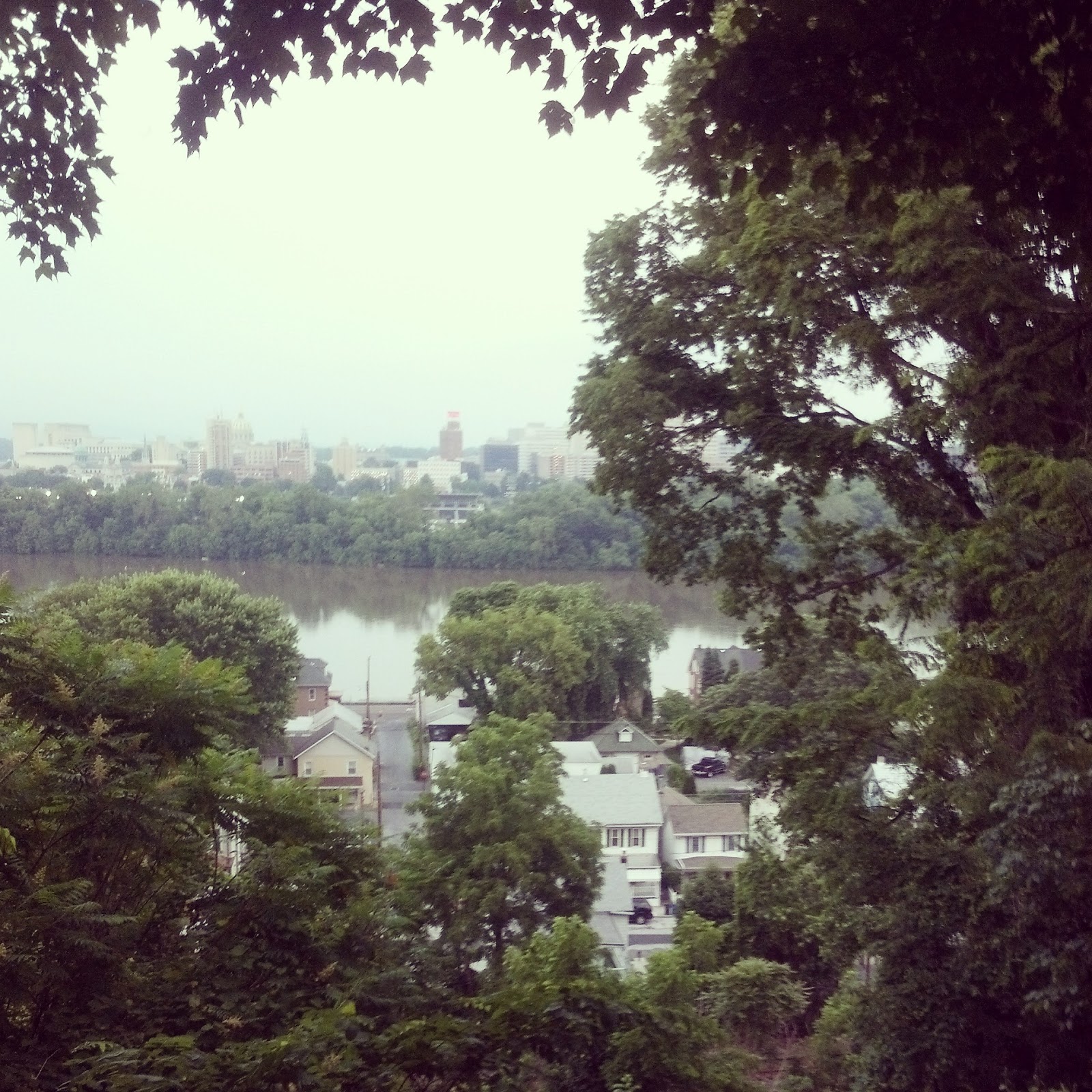 You really can't beat these views in the first third of your run for the day. These are pics from another visit to the park, but pretty much the same views. Even if we had to climb quite a few large hills to get there, it is always ALWAYS worth it. I promise.

After we did the loop here and ran back to where are cars were we stopped for a moment to have some water and game plan for the next 5 miles. We really wanted to run along the Harrisburg side of the river. Only one concern- there was a half marathon going on. Now a few years ago I never would have even probably known this let alone be concerned of how this could change my NINE MILE RUN.  This year, however, it is a game changer. In the depths of my own training and knowing I had a few friends who were running it, I was super excited for them and kinda bummed I wasn't haha.

The point is, we ended up going across the Harvey Taylor bridge which is about a mile long and headed over to run amongst the half marathoners.

On the way to the bridge, we had two interesting experiences. 1- A man running with stroller, baby in tow, with his phone blaring "What doesn't kill you makes you stronger" and wife behind him with a 4 bottle Nathan belt. oh the jokes. 2- a woman stopped to ask us where on the half-marathon map she is so that she can make it to see her husband finish the race. Why this is interesting? We had to tell her she was on the wrong side of the river and she would need to cross over the bridge. I shouldn't make fun because she was driving from about 2 hours away. But, we laughed anyway.

So we crossed the river and quickly got caught up with the race. It was actually really fun because people were cheering for the race but we still got the energy and encouragement which was just plain old awesome. We ran about a mile or so on the race course before we turned around to head to the Market Street bridge and head back to our cars.

Of course, this was not without some entertainment too. As we were standing at a corner, waiting to cross the street and continue, another runner asked us if we were taking the short cut too? He laughed at commented "Yea, its awesome. I am already at the 10 mile mark and it only been 45 minutes." We did chuckle as he took off and told us "have a great workout ladies." And this just confirms one of the many reasons I love the running community. A few minutes later the same guy was walking with a few people and goes "hey, now you're beating up" with another friendly chuckle to follow. We finished out the rest of the run, unfortunately for one friend she was struggling with some different physical issues so we did take a few walk breaks and I ran that last half of the bridge by myself because she needed a little bit more walking. The other friend was doing run walk intervals so she was sometimes with us and sometimes wasn't!  I made it back to the cars and just a few minutes later they made it back as well.

I had a snack and some more water before heading over to City Island to see a college friend finish the half marathon - and her first at that! She did really great and I know is anxious to see her official time through the race.

Overall, what a great Sunday and how I psuedo ran a half marathon :)

Did you race or train this weekend? Or maybe just run for fun?