But seriously. My hubby took me seriously this year at Christmas when I told him all I really wanted was a new bike. Now I am no bike connoisseur and we are on a budget so a Walmart bike works just fine for me. (I do not like Walmart but they have good deals on bikes!) So off we went to pick out a bike. He never told me directly he was getting one, but I assumed he would because I was going to be pretty disappointed otherwise.  I even got on 1 or 2 and felt so super awkward that I am pretty sure I almost wrecked!!

I get to unwrap a pretty white and purple bike and then sadly it sat in the basement for months on end.  I hated that every time I went to the basement for laundry or to visit the freezer down there- I could only look at it. 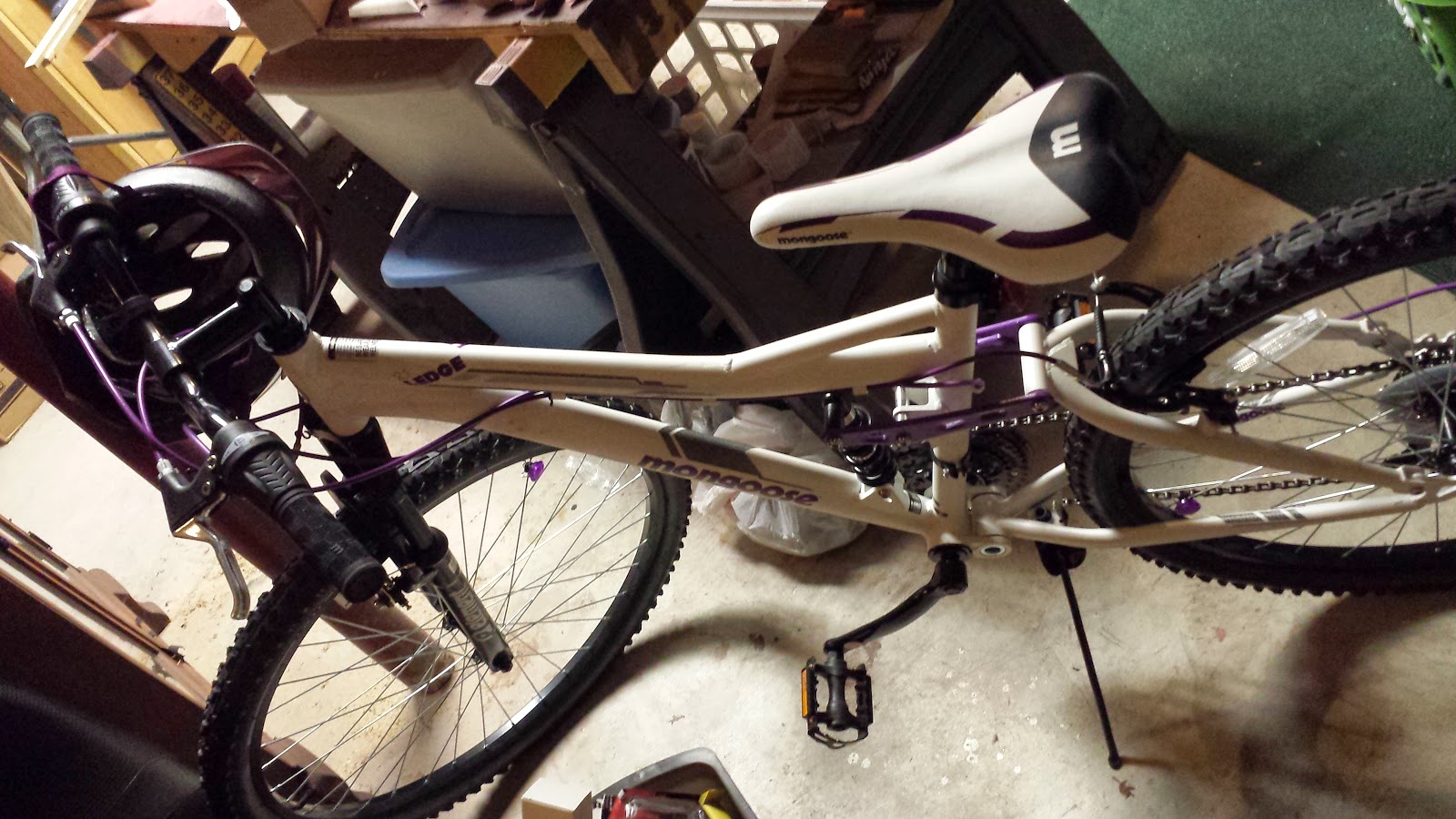 Isn't she pretty? Pardon the mess and sad lighting as it is the basement.

That ended Monday.  Because of my crazy schedule over the weekend, I asked a coworker to switch shifts with me which meant I worked 4p-midnight. This was the greatest idea EVER!! It gave me a chance to get up slowly, eat some breakfast/lunch; start laundry, run some errands … and the best part… get a 6 mile bike ride in!!

Given that is has been at least 3 years since I rode a bike, I forgot how amazing it is!! Growing up I rode bikes with my dad and sister quite a bit. We took some pretty long and tough rides as kids and after yesterday I wonder how in the world we did it. I had 2 pretty sizable hills creep up into my path which I had to stop and walk up. Could I have run them? Probably. Bike them? Oh hellnaw. Just goes to show why cross training is SO important! Just because you feel like you are good at one thing… doesn’t mean you shouldn’t challenge yourself in other realms of fitness.

It felt incredible to ride again and be able to enjoy the spectacular weather. 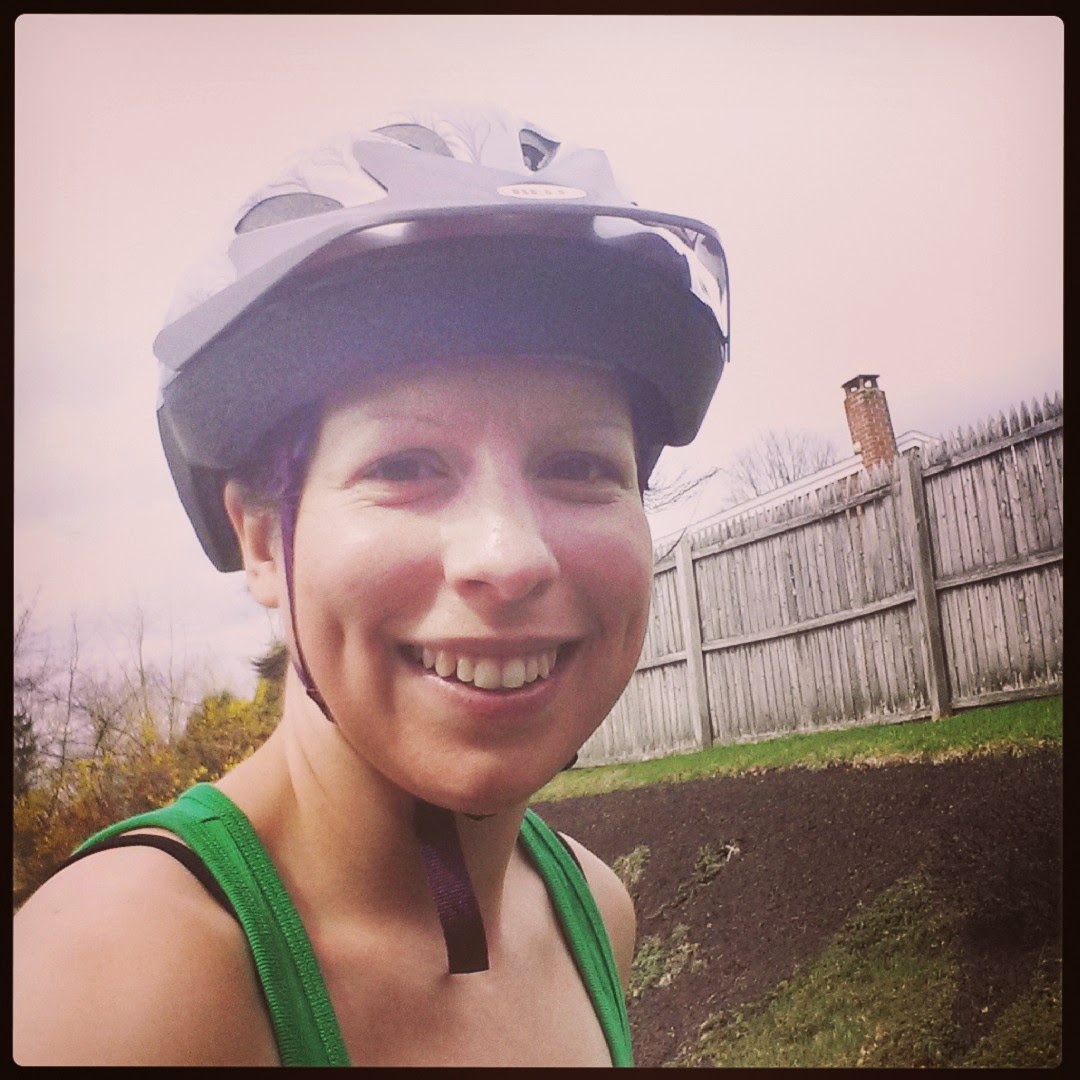 Hopefully many riding adventures to come!

Are you a fan of biking? Where is your favorite place to ride?