I don't typically post on a weekend, but I felt that I needed to write about today while it was fresh in my mind.

On Wednesday, I found out that I didn't have to babysit all day Saturday, just Sunday, so I posted on facebook for a running partner. One friend messaged me about a super early run but would oblige my request for a 6 miler even though he was doing 10. I debated and debated for two reasons- he does run/walk intervals and two ... did I really want to get up so darn early?? The answer ended up being a resounding YES for me.

What changed my mind? I really wanted to run.. and I really wanted to run WITH someone. I have really missed the running community and my awesome friends who are a part of it. I also knew if I started my day with a run I would be a happy lady and probably be much more productive all day long.

Ultimately we settled to meet on City Island and start our trek. I should probably also mention that I told him I could probably do 8 miles instead of my original 6. I am SO glad I did.

He took me down a part of a local trail called the Capital Area Greenbelt. I have been on a small piece of this trail as a participant  with Team in Training. But not this part.. oh my. I was seriously in heaven this morning. Gravel trail, beautiful trees, creek, cardinals, flowers, and even one piece of cool graffiti. I wish I could have been quicker with my phone to take pictures... it was breath-taking. I am not sure photos would have really captured it.

On the way back to the island, we did quickly stop to capture this. 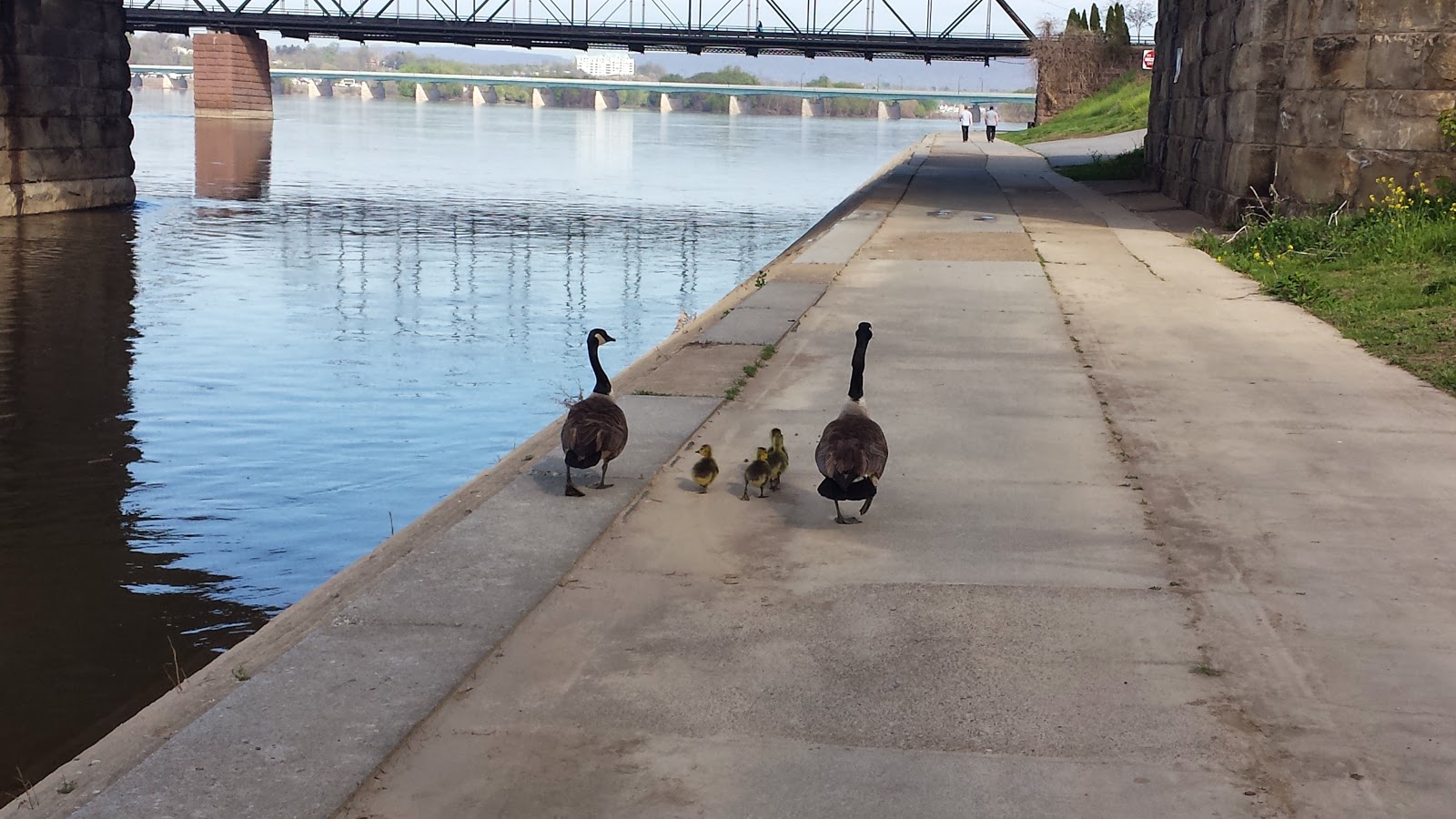 Cute right?? Just a few minutes later we saw a young boy with his mom.. he caught a fish that was LITERALLY a foot long.

I just couldn't stop thinking how awesome this run was this morning. Not only did I end up going 9 miles.. I enjoyed the great scenery and company. It was great to catch up with Nate as its been literally MONTHS. 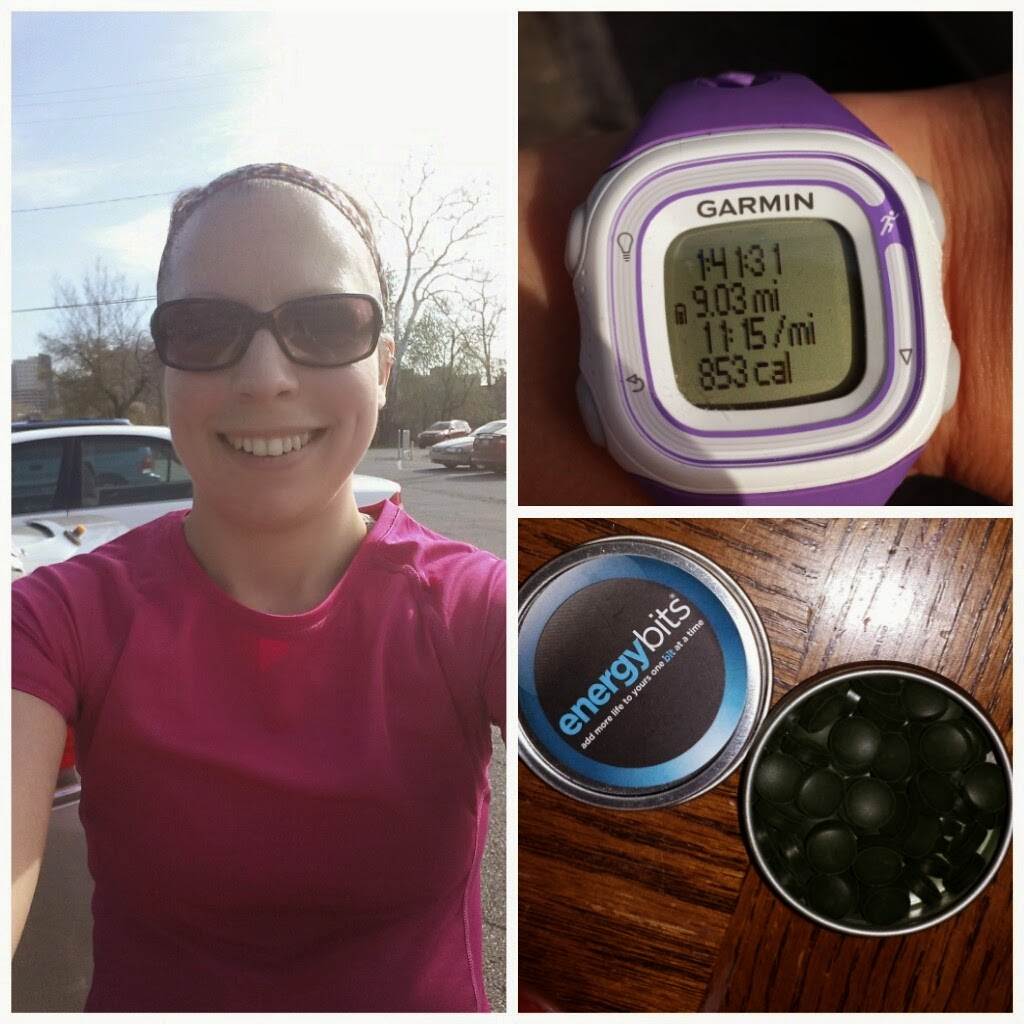 I was definitely a happy camper at the end of this run. As far as the intervals go.. I think it is an interesting method for sure. Is it for me? Not sure I could do this all the time as I really love the constant run mode, but it worked well today. Would I do it again? Probably as long as I wasn't training for a race that I wanted to really run for speed.

Do you run with intervals? What do you like/dislike about this type of training?