That time I ran two 5ks in one day

Yes. You read that correctly. And let me give you the back story.

Back when my family was all together at Christmas, we found out that The Color Run was coming to Hershey, PA (25 minutes from us- YAY!!). I had previously mentioned this to my nephew so we discussed whether he was still interested- he was! I told him I would pay for his entry as part of his birthday gift since the race was about a week and a half after he turned 7. So much excitement.

Fast forward a few weeks- I find out that another race that I really enjoyed and my nephew liked the sound of, Manheim Rock N Glow, was going to be that same day but in the evening. I told my nephew the news thinking he would be bummed that we couldn’t do both… nope!! What does he say? “So that means we could do one in the morning and one at night?” I laughed but told him if he really wanted to, we would. 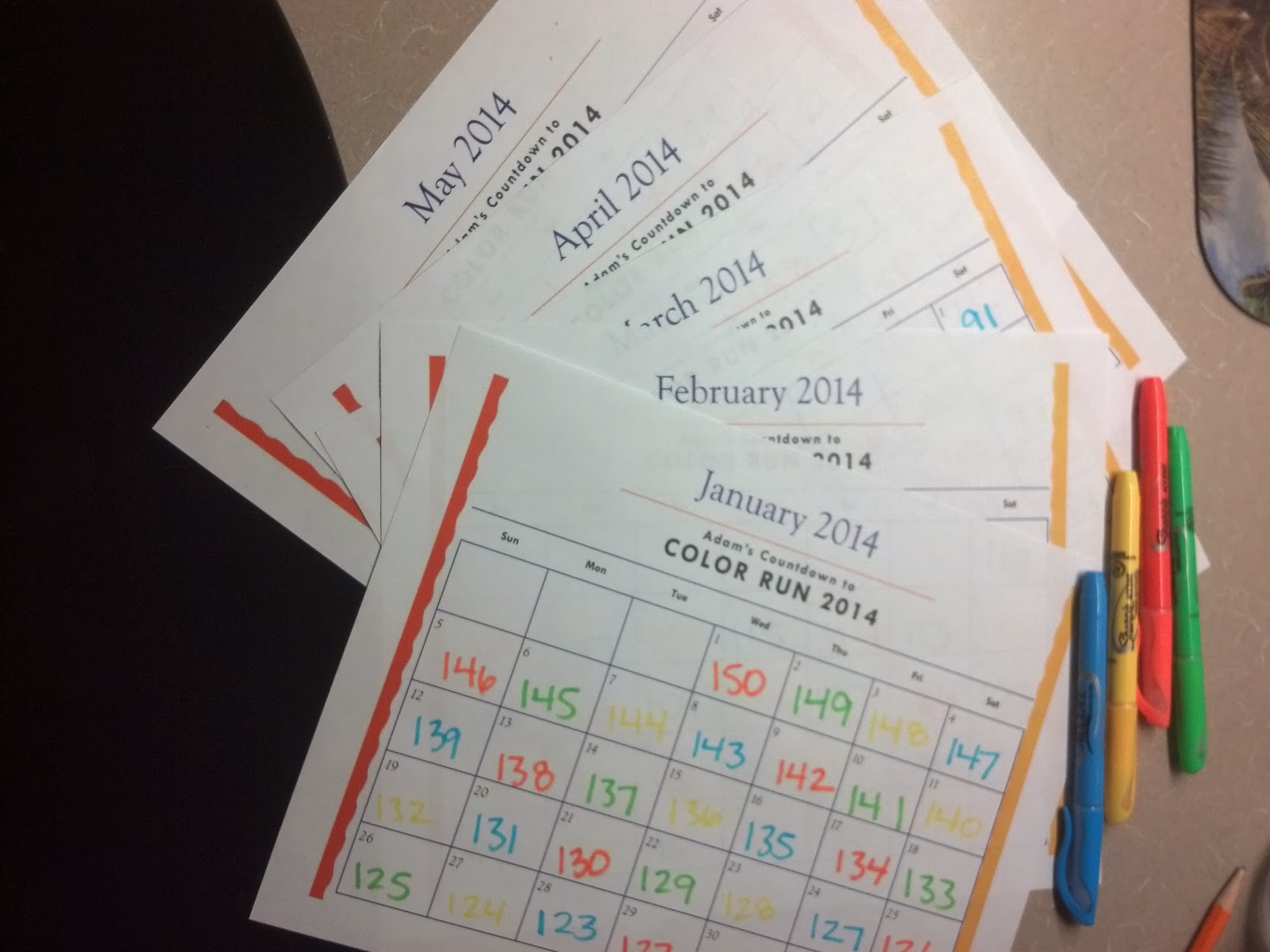 I even made him a nifty countdown calendar so he wouldn't have to keep asking and could keep track of the days until this exciting event.

The day finally came (May 31st) and it couldn't have been much more perfect- the weather was gorgeous- the sun was out and the air was cool! I really can’t say enough about how great the day was.

While I did participate in The Color Run in Philly last year, this was a totally different experience. First, it was close to home which was awesome. Second, I got to bring family with me this time!! Last year, hubs and I went to Philly for the weekend but I ran with some friends. After that experience, hubs decided he would actually like to participate (heart smiling!!) When we learned how close it would be, my mom decided she would like to do it as well. 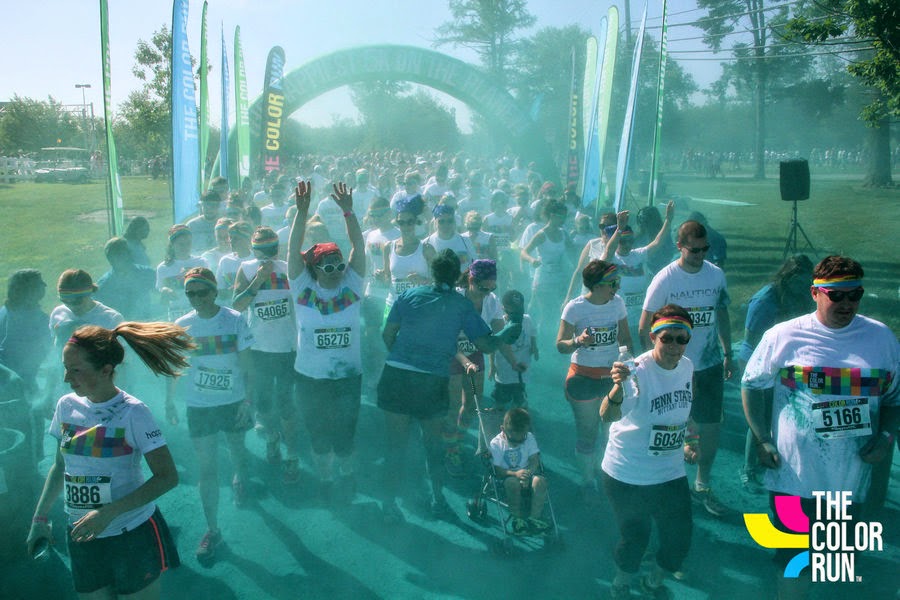 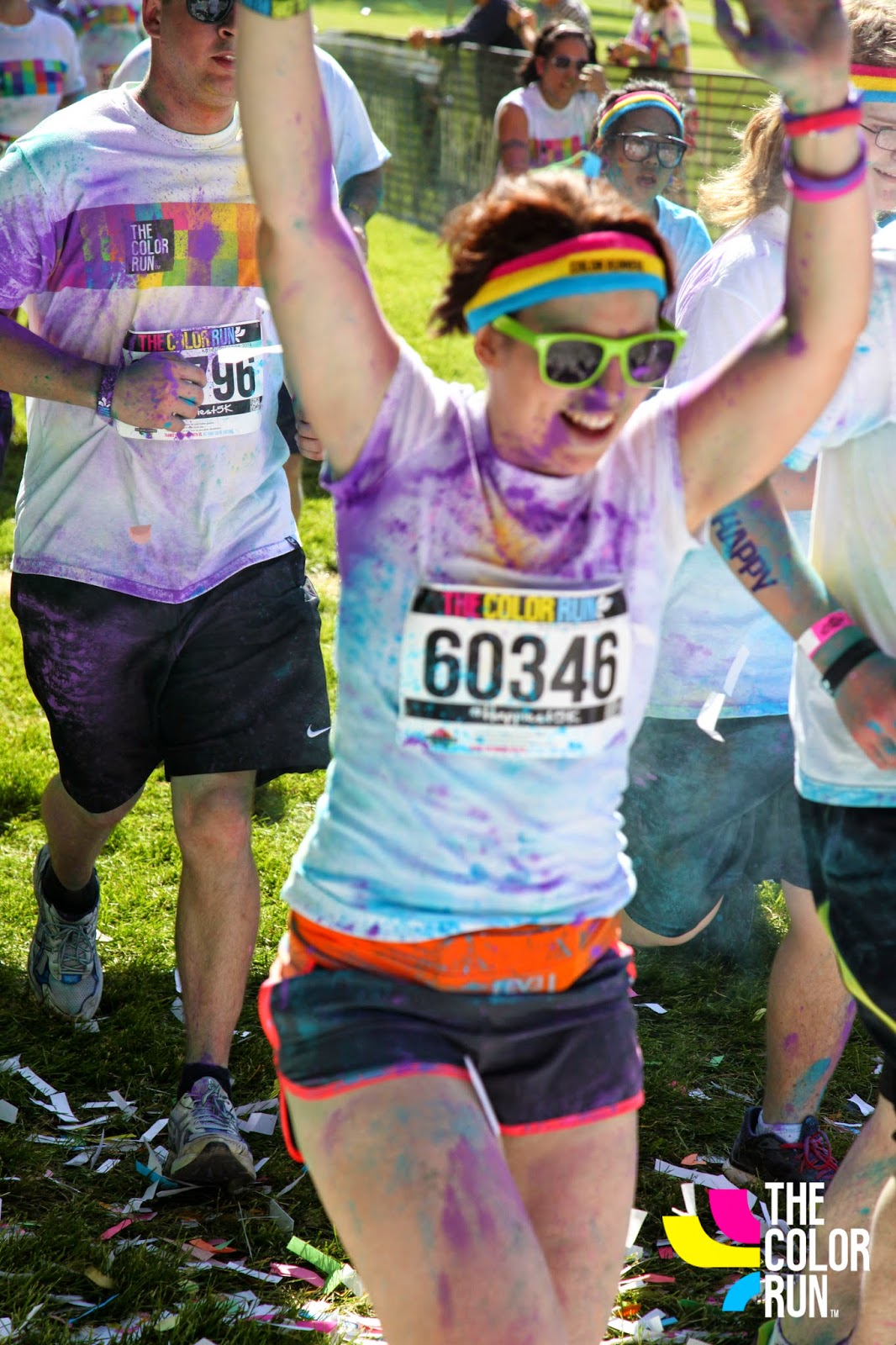 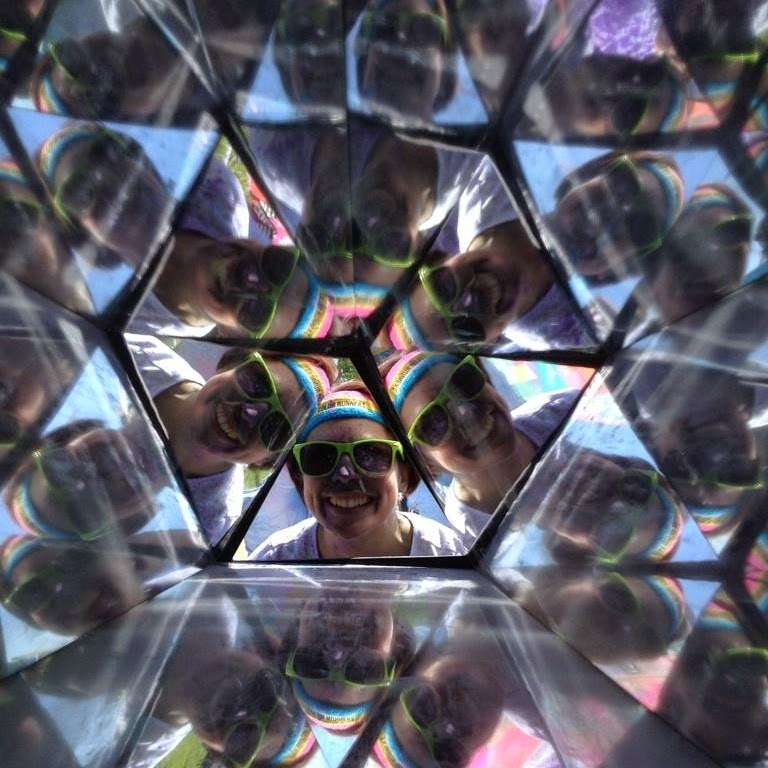 There were also some pretty awesome group pictures that we got taken by the wonderful folks of the Color Run, but I won't post them here at this time.

'We really had a stinkin blast and the hope is that the ENTIRE family will get to participate next year. My sister's middle boy didn't quite understand why he didn't get to do this too.... cute right?!?

So after we enjoyed the "after party" we loaded back into the cars and headed home to get cleaned up and enjoy some cookout food. Done and Done.

Around 6pm we left to head to our second adventure of the day. We got to the race site around 6:50pm and much to our surprise there were also inflatable slides and a bounce house.

My nephew was pretty excited to partake in the sliding!! The race didn't start until 9 so we got our packets, ate a light picnic dinner and took advantage of the slides. 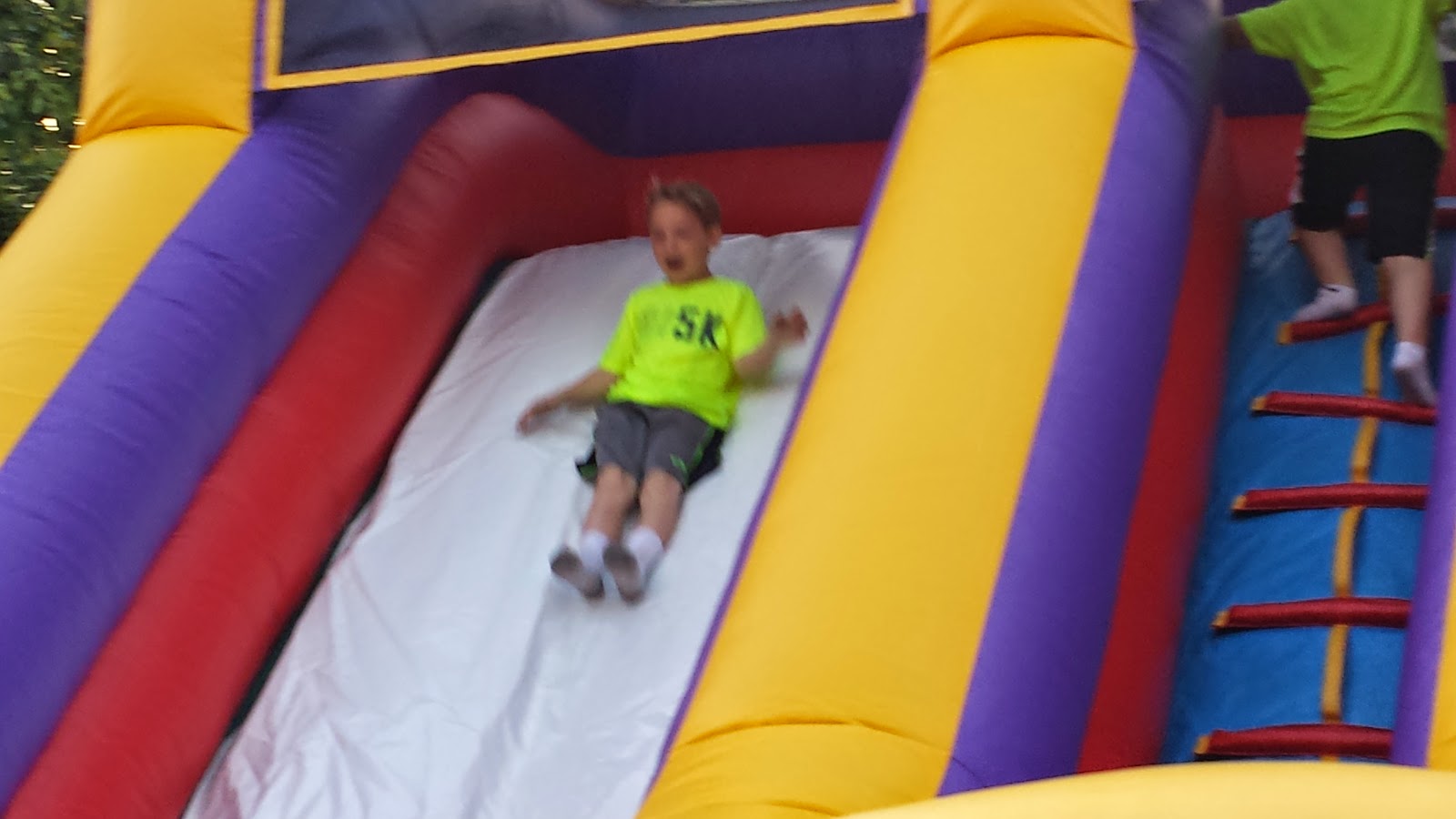 Right before the race, we got all our glow gear on and headed to the start. 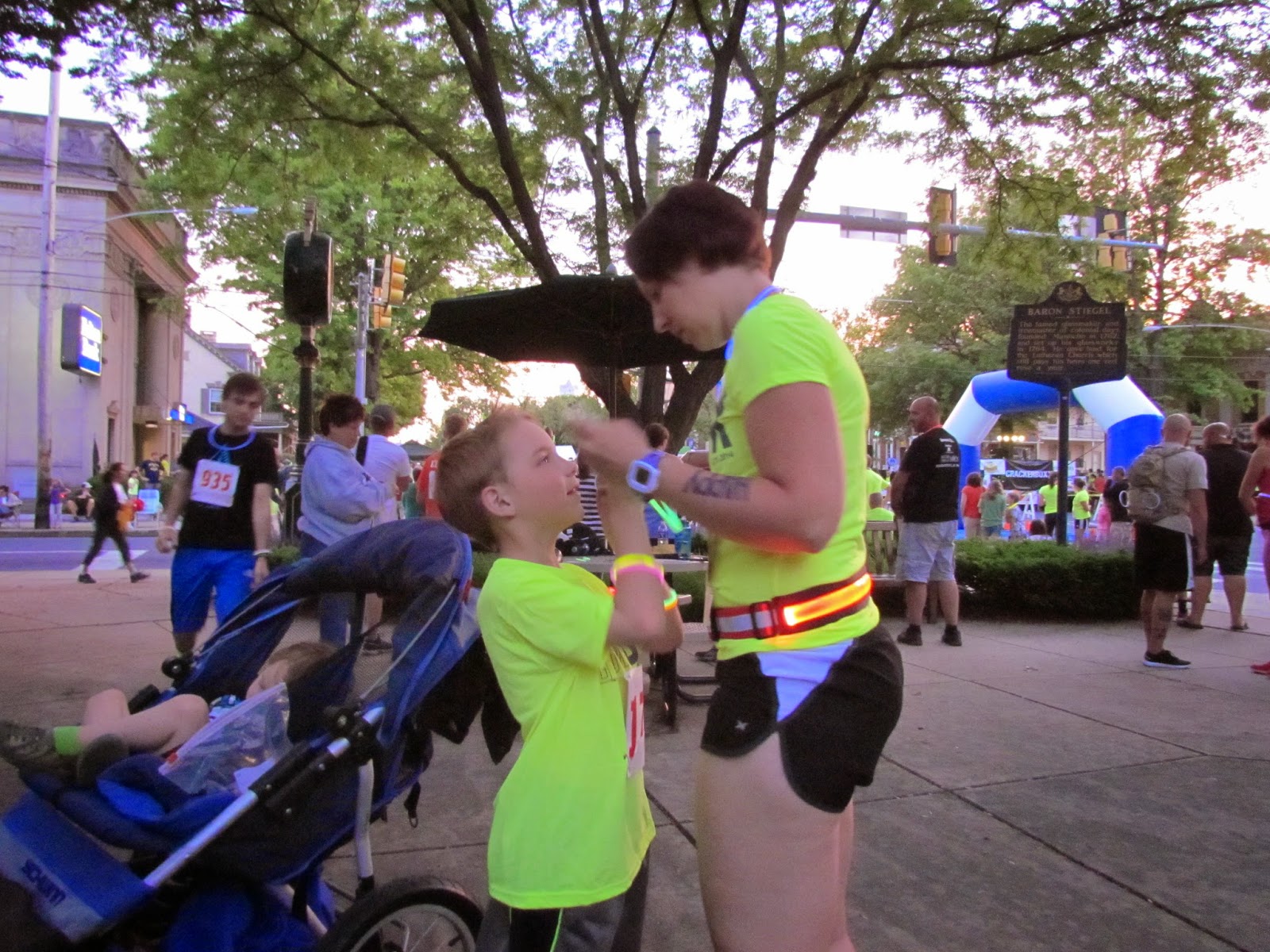 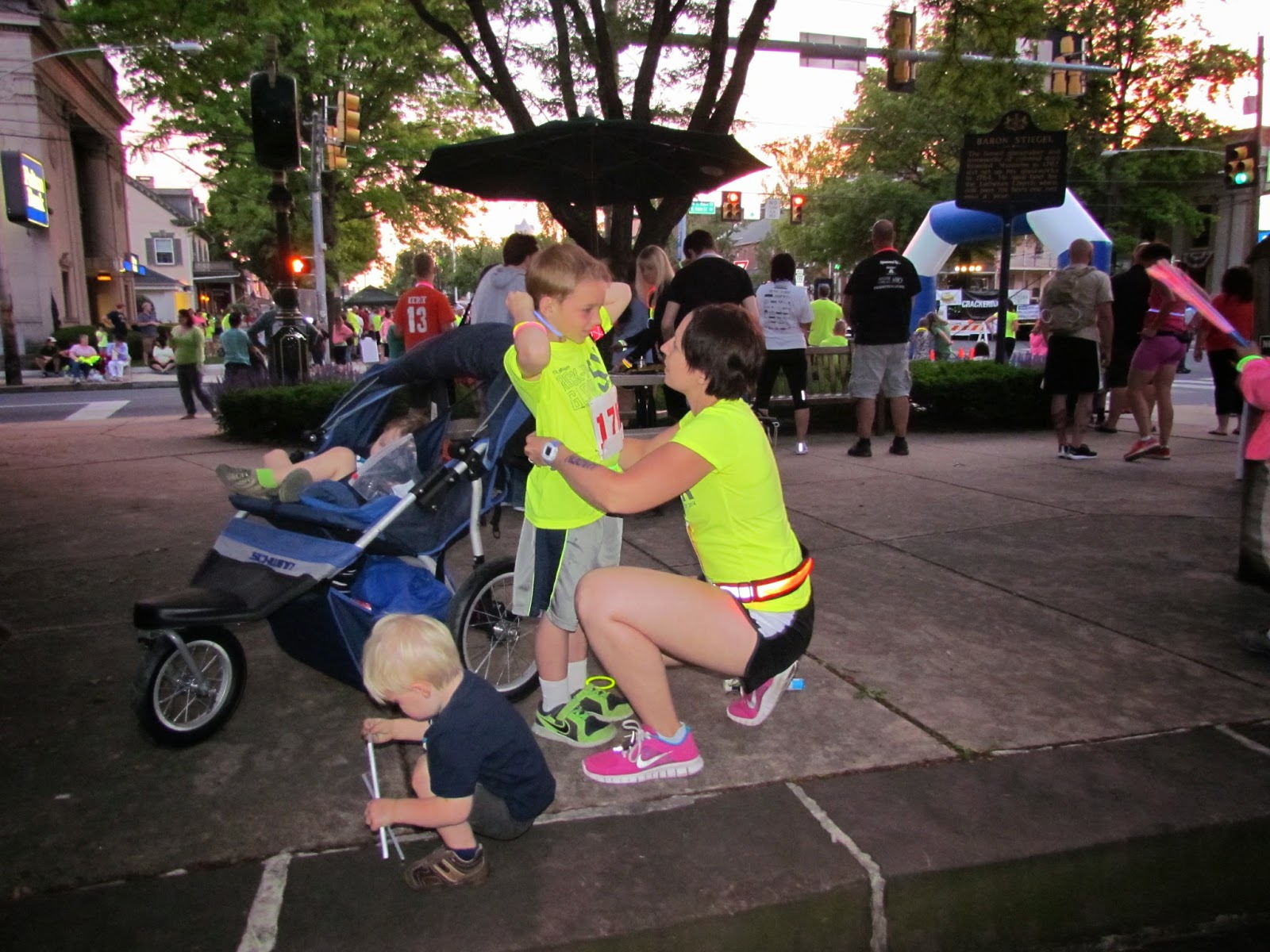 I was so incredibly blown away by the growth in the crowd support for this year and they added some local bands throughout the course. SO AWESOME! My nephew did incredibly well on this course, only stopping for water/Gatorade at each mile. We finished around 36 minutes which is better than I expected!! Had the first water stop not been so clogged, I bet we would have been closer to 33 or less. All that really matters is we had a great time and he is already asking for next year! 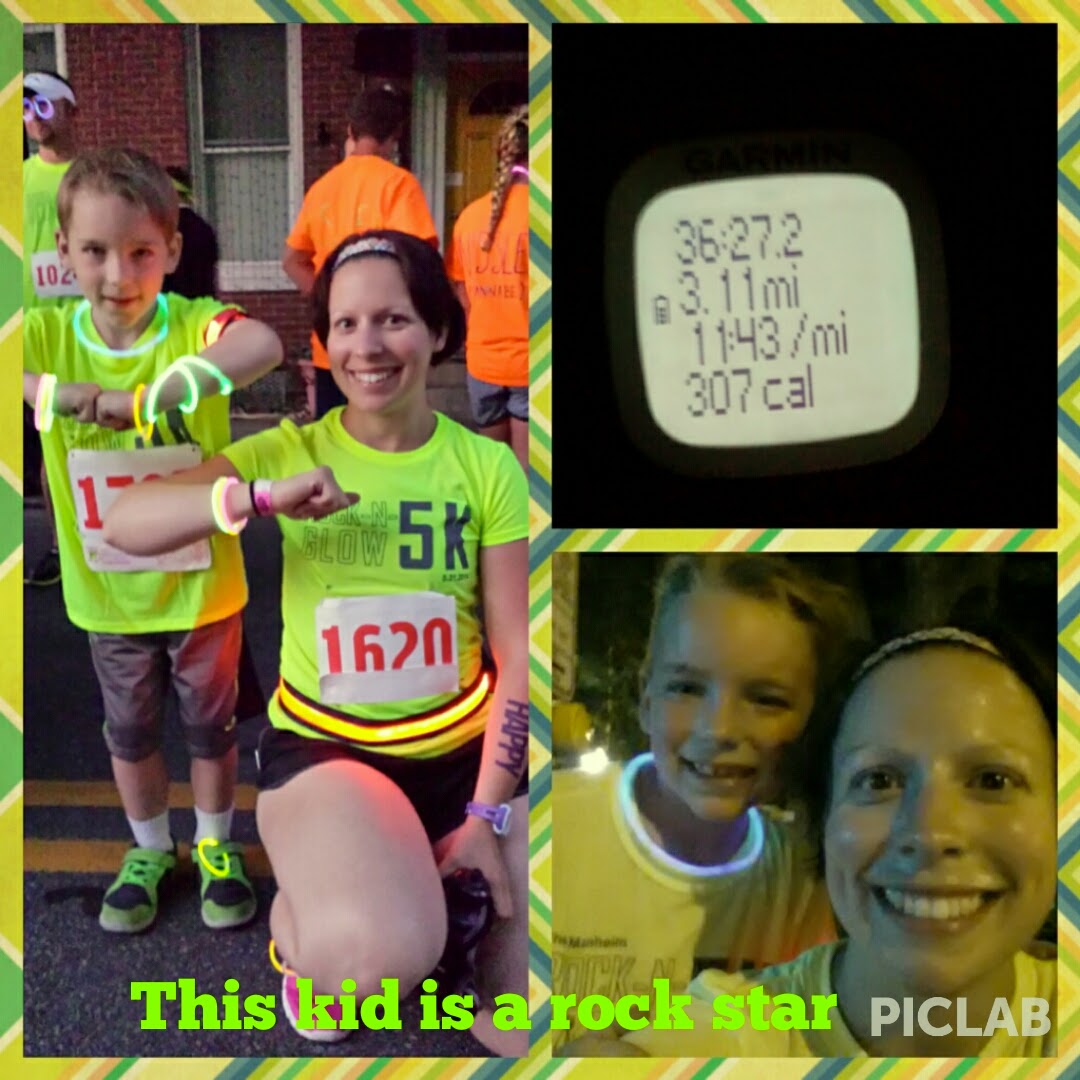 This is just a little collage/recap of our before and after picture. I don't usually wear race t shirts to the race, but the little guy asked me why I wasn't wearing it and asked me to... I happily obliged.

Have you ever run a race with a kiddo?? Would you do it again?
Labels: 5k active color run countdown family fitfam fitness fun run manheim PA manheim rock n glow running running with kids