Thoughts on a 12 miler

Yesterday afternoon I still didn't know exactly where I'd be running or whether or not I was running with anyone else. Then a fellow River Runner and coordinator for Girls on the Run, Kelly, messaged me and asked if I wanted to join up with her. I was pretty worried about slowing her down because she was quite a bit ahead of me last weekend!

Worry was wasted as we were both pretty surprised with the pace we kept this morning. If I were to say I wasn't extremely happy with my efforts, it would be a lie.

We met up at 7am (she was already 3.5 miles in) and headed on a lap around the island (the usual start out). From there we took the same path as last weekend- winding through the greenbelt and enjoying the views. Each mile that passed I was amazed that we were running sub-10 miles! It wasn't until mile 9 that I pushed over 10 minute miles which I will take as a major win. The fact that the overall was also sub-10 is also a major win.

Not really entirely sure how things aligned for this great run today but I am so grateful that they did. This is the farthest I have run since my half last year... and pretty close to the fastest... or maybe it is! .Either way I am beyond excited. I know I don't have too much time to make it happen, but I do have a little more hope for a 2 hour half marathon in a month. I'd have to really haul butt, but you never really know when you line up at that start line.

I fueled with Energybits and Pocketfuel only and felt totally fine after running. Fine=not running to the bathroom as soon as I was done. This is a huge step for me as this was the one huge complaint I had after my first half. Granted I wouldn't take my first experience back for anything, but I also don't want to spend the rest of the day in the bathroom. I have a life to live ya know?

I think what I learned (again) after this morning's run is that running distance makes me feel alive. I love that feeling of adding a little more mileage each step of the training plan and can't wait to see where this process takes me. Each step after this will be the farthest I have ever run. I have 9 miles next week and after that it just keeps going up! A sense of holy crap and SWEET all at the same time.  Crazy, right?!? 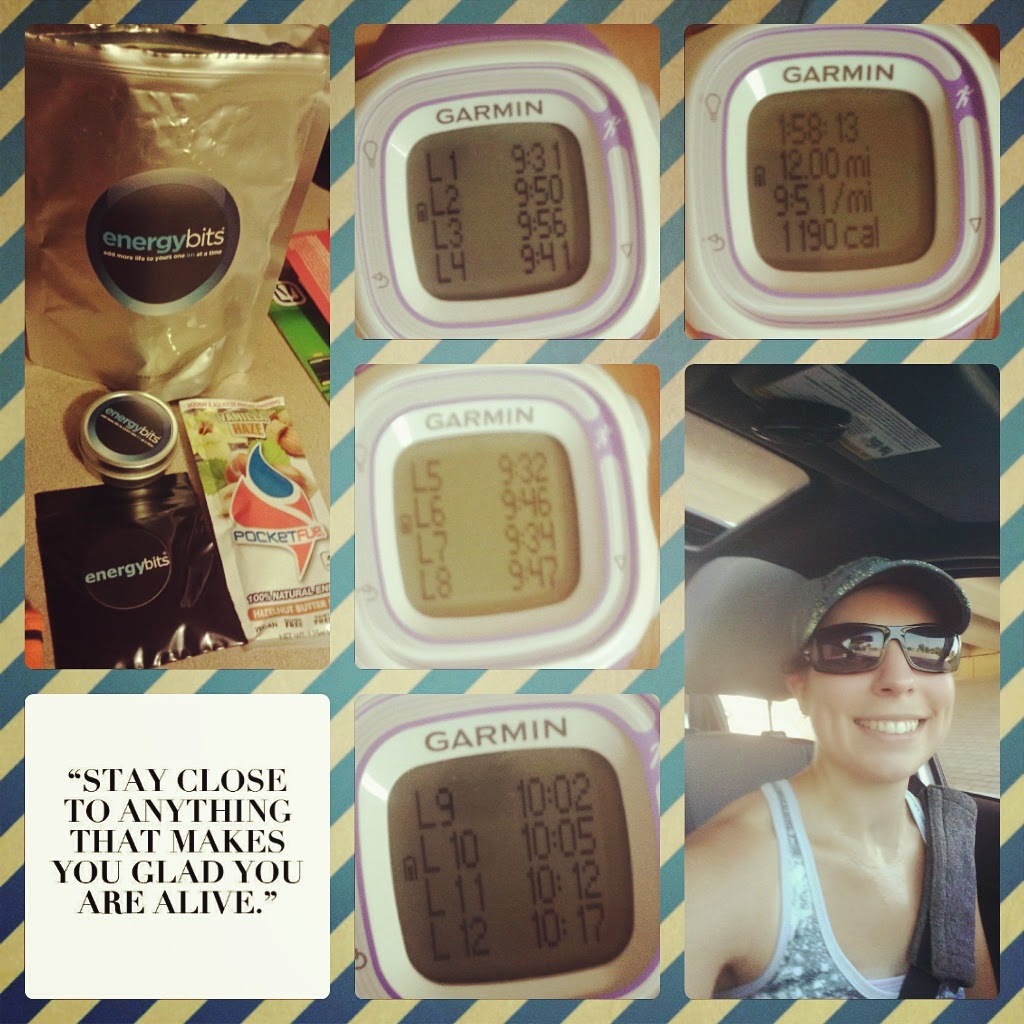 hint: I am going to be doing an energybits giveaway starting this week. (hopefully tomorrow!!) so be on the lookout!!
Labels: bird in hand half energy bits feeling alive goals half marathon training happiness marathon training pocketfuel poweredbybits speed