Last week my short runs were TERRIBLE. Completely terrible. Tuesday I could barely make it 3 miles. My legs were so tight and 3 miles felt like 30. Wednesday I had such a bad headache and was so rundown I have in and took the day off. Thursday I was supposed to run with a friend, but because my headache was still hanging on for dear life and I was still feeling exhausted I decided to go it alone on the dreaded treadmill. The first 3 miles were the biggest struggle ever. I seriously stopped at each mile trying to stretch and loosen my legs to making running even just a tad more enjoyable. At mile 3, I took a bathroom break. After that it seemed my body finally got on board and realized I wasn't giving up. Finished out pretty well and felt pretty good.

After the frustrating short runs of the week, my spirit and love for running was a little down and broken. In fact, Saturday morning I was really tempted to throw in the towel and not go on my long run. I knew I had a super busy day ahead and thought maybe it would be better to get up Sunday. Thankfully I got my crap together, got out of bed, and shortly after that- my butt out the door. This was probably the best run I have had in my marathon training thus far. My legs, although a little painful at times, felt light and never really lost any momentum. I was afraid that when I stopped to fuel up that I would lose my speed, but I didn't!!

Shortly before mile 2 I passed a biker, in the pitch black, and for some reason started to sob. I guess I felt really awesome and proud to be part of this crazy group of people who get up early to work out and need lighting accessories. That sounds so strange. From there I headed across the Market street bridge to Harrisburg. Quick pause was taken about a quarter of the way across to capture this beauty. 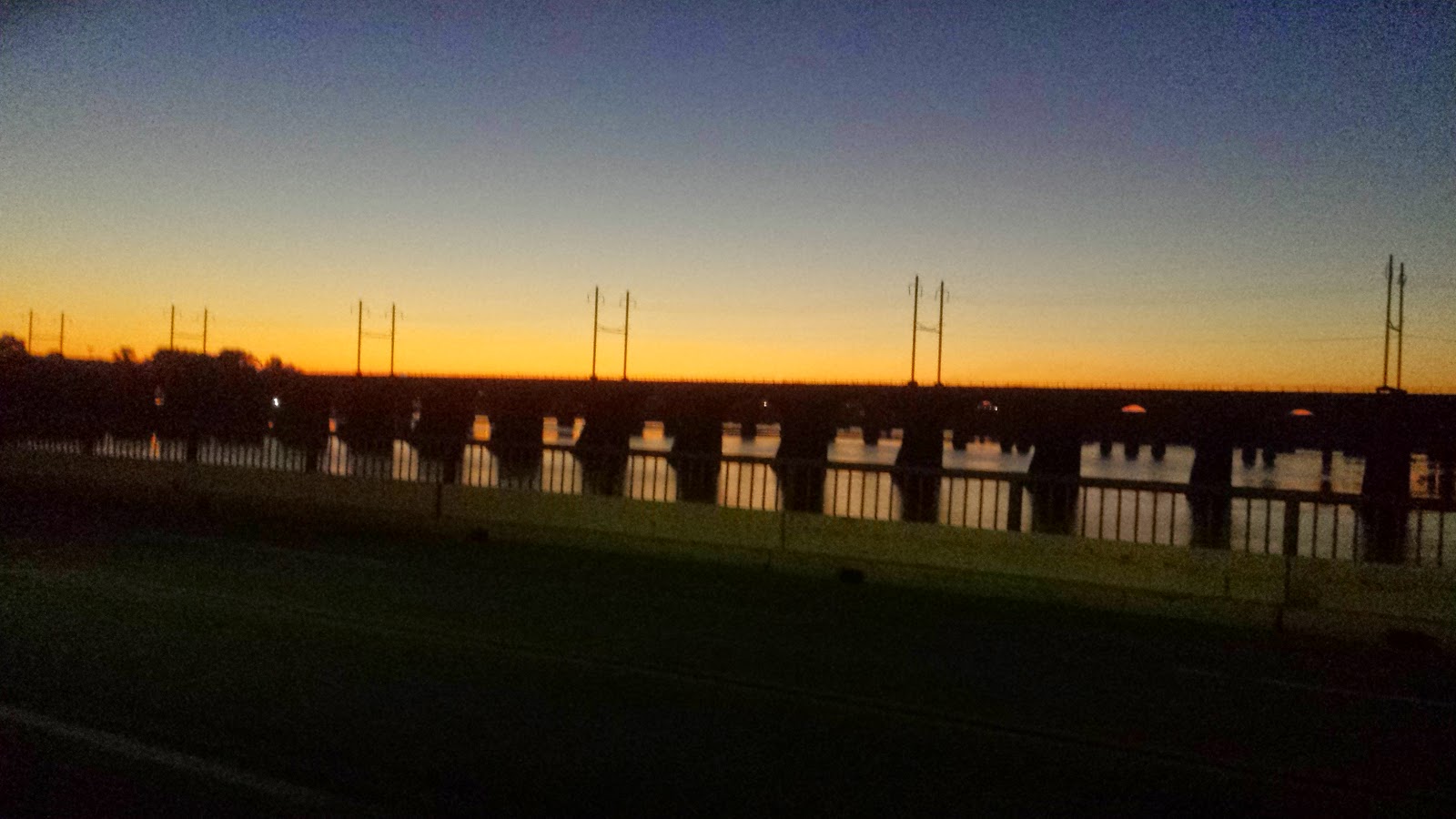 I didn't see too many people out- just a few people with dogs and older men out for their morning stroll. Around mile 5, two older men passed me from behind. One commented that I must be out for a longer run as well and asked how far. I told him 13 to which the other replied "What marathon are you training for?" Wow. I told them and the both wished me luck. I was pretty blown away and felt so lucky to be part of this running community. Two people I had never seen or met before genuinely care and think it is GREAT that I am training for my first marathon. After my half way point I thought for sure I would I would slow down. I even TRIED to a few times. Only worked by a few seconds. I had one mile that was a 10 min/mile and that was straight up hill getting back through Lemoyne. After that, right back to 9:39 min/mile. I couldn't believe it! 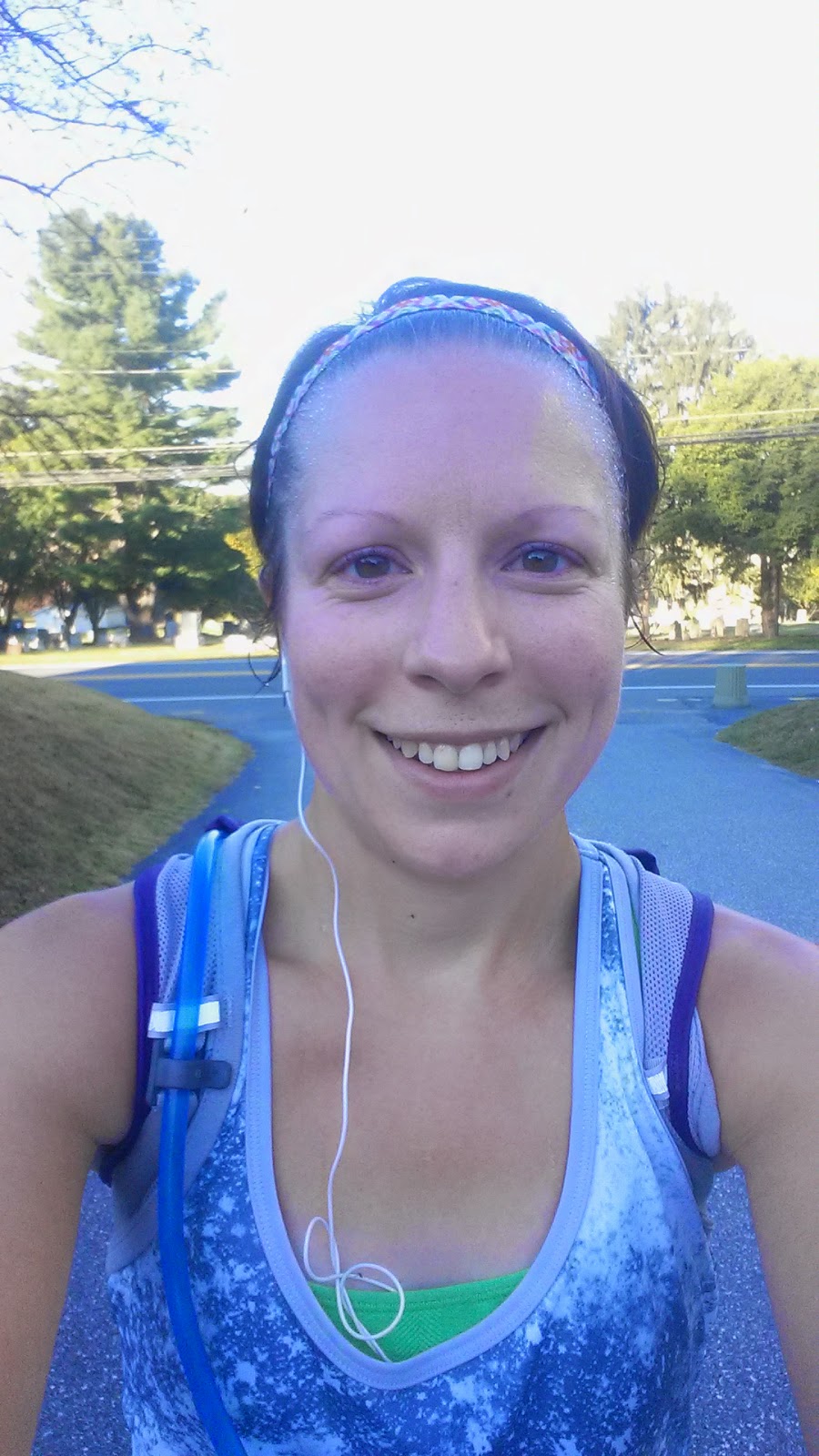 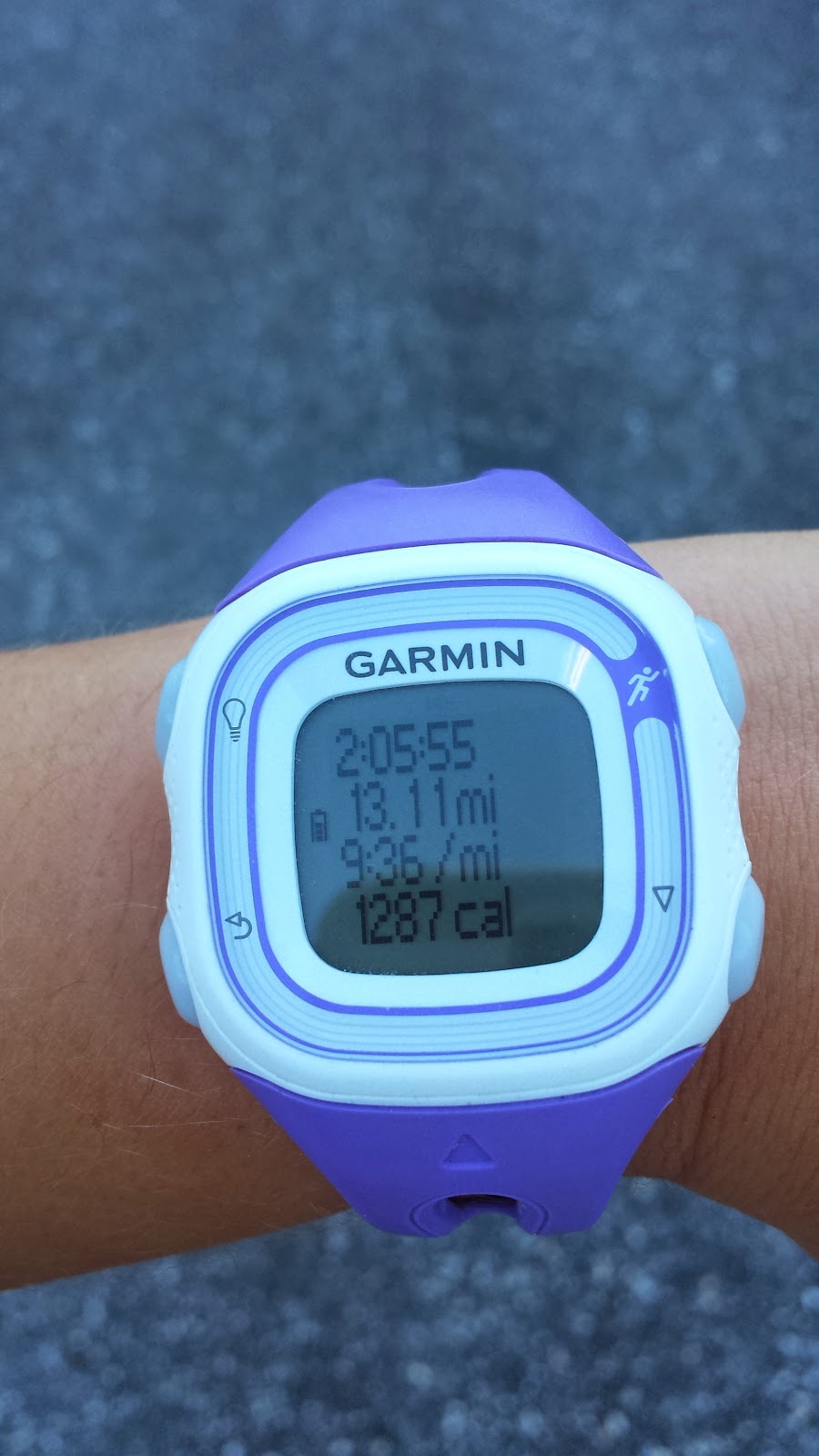 Moral of the story? Don't let a few craptastic short runs fool you. You are amazing. You can do it. You WILL do it. Don't give up. Running is a gift. Don't take it for granted.

How was your week??