This week was a pretty intense one as far as marathon training went.

Tuesday I ran with a local running group and had a decent 5 mile run but it left my stomach feeling terrible and I went to bed early. 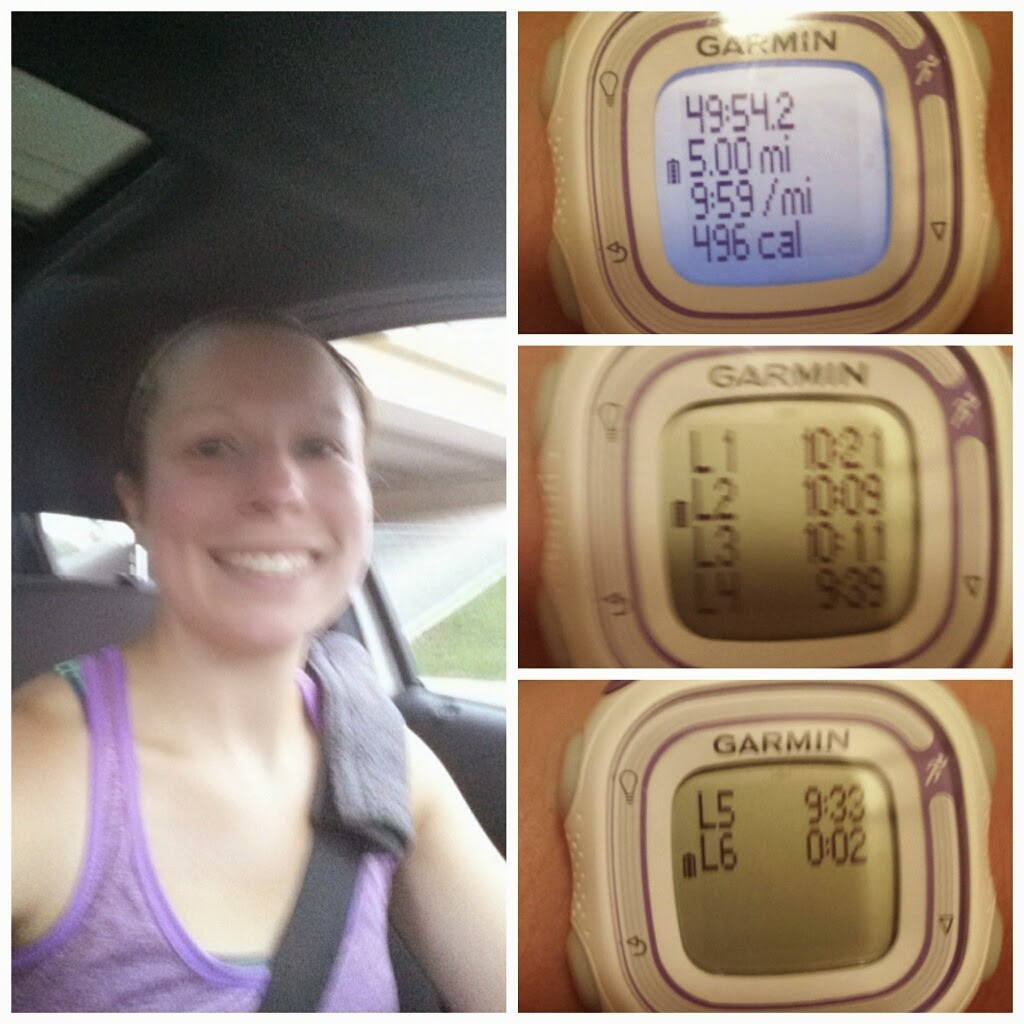 Wednesday I was supposed to have a run date, but she cancelled due to a terrible migraine. I took this as a sign I should rest after Tuesday night anyway.

Thursday I decided I would try to conquer a 10-miler!! This is the farthest I have gone on a week night and I was honestly pretty happy with how it went. The only thing that would have made it better would have been hydrating properly. The humidity had gone back up, but I just put straight water in my camelbak. Bad idea. I was dying. I had to stop at a gas station for gatorade. The best part? The guy tells me they were 2/$3. I just looked at him and was like... "uhhh, yea. I don't have anywhere to put it." Some people don't use their noggins. I had on a pair of shorts, a sports bra and a camelback. Duh. 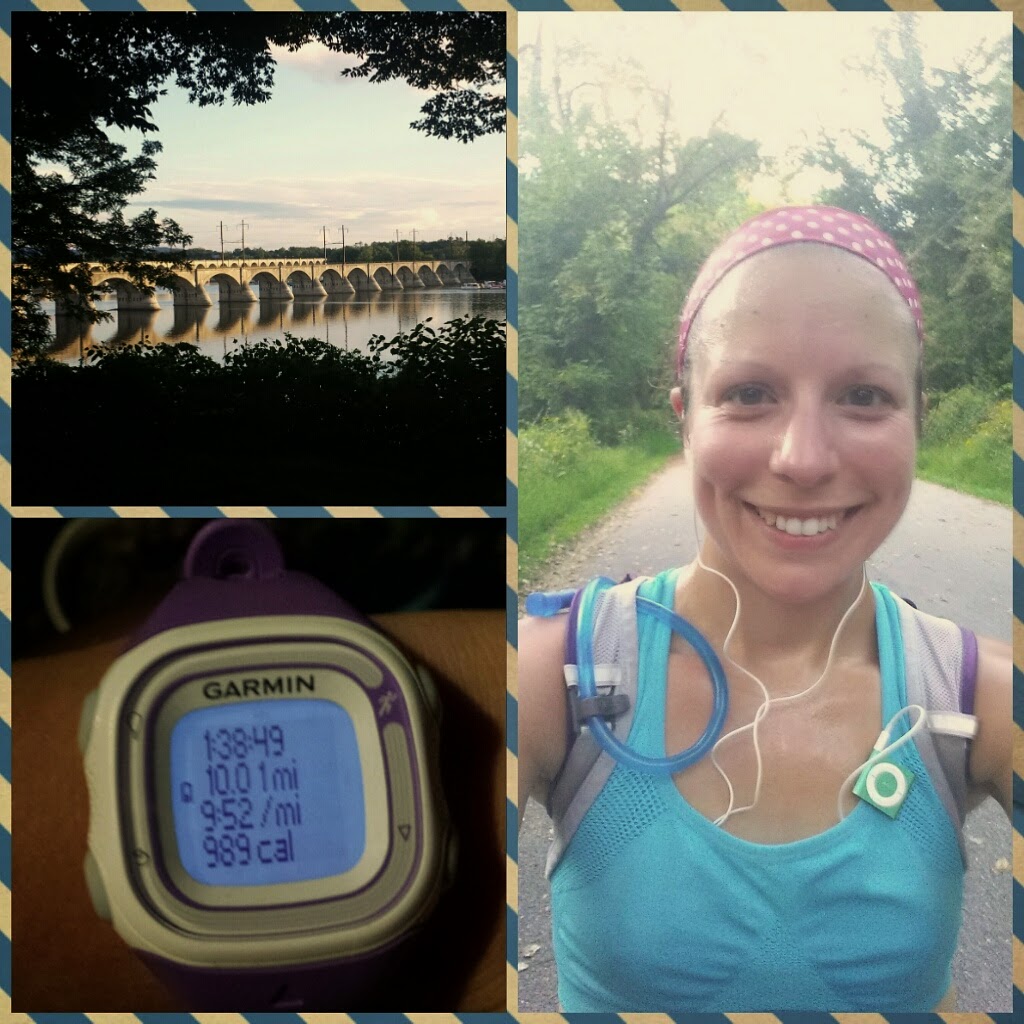 ﻿
﻿
Next up?? Saturdays.. really.. long run. I swear it is only easy to get up early to run. Nothing else. The alarm was set for 4am and I popped out of bed, got dressed and headed out the door for.. 17 miles. Wow, no joke friends. We did a 13.3 (ish) loop that ironically took us almost to my work building and out the road ﻿I drive every day from the highway. I always thought it would be scary to run those roads.. scary hill wise. Not sure if it was the darkness (it was only 6ish by this point) or what.. but the hill didn't seem all that bad at all. Turns out those hills were the worst of my worries. At one point we hit hills that never seemed to have a DOWN portion. That's when my legs started to cry. We made it back to the cars a little after mile 13 and fueled up/stretched out. At 15, I turned around since the other ladies were running 20 miles.  It started to rain pretty heavily around 13.5 so by 15 when I turned around I was pretty drenched. Between this and the fact I had to go UP the easy breezy hills we had just coasted down.. I was little wrecked. I did walk a bit hoping my legs would ease up.. then started to go a little more.. then walked a little again.. finally by mile 16 I said screw it!! Walking isn't going to get me there any faster. I was wet, cold, and my legs hurt. And of course I get back to the car with .5 miles to go. It crossed my mind to stop. A few times. But I knew I would be so disappointed and upset with myself if I didn't complete that entire 17 miles I set out to do.

What did I do? I went around the bank about 5 times until I was close enough to 17 miles that I could head back to my car. So I did it. I was SO excited when I pressed that SAVE button and it said NEW RECORD!!!! Boom. I almost cried! 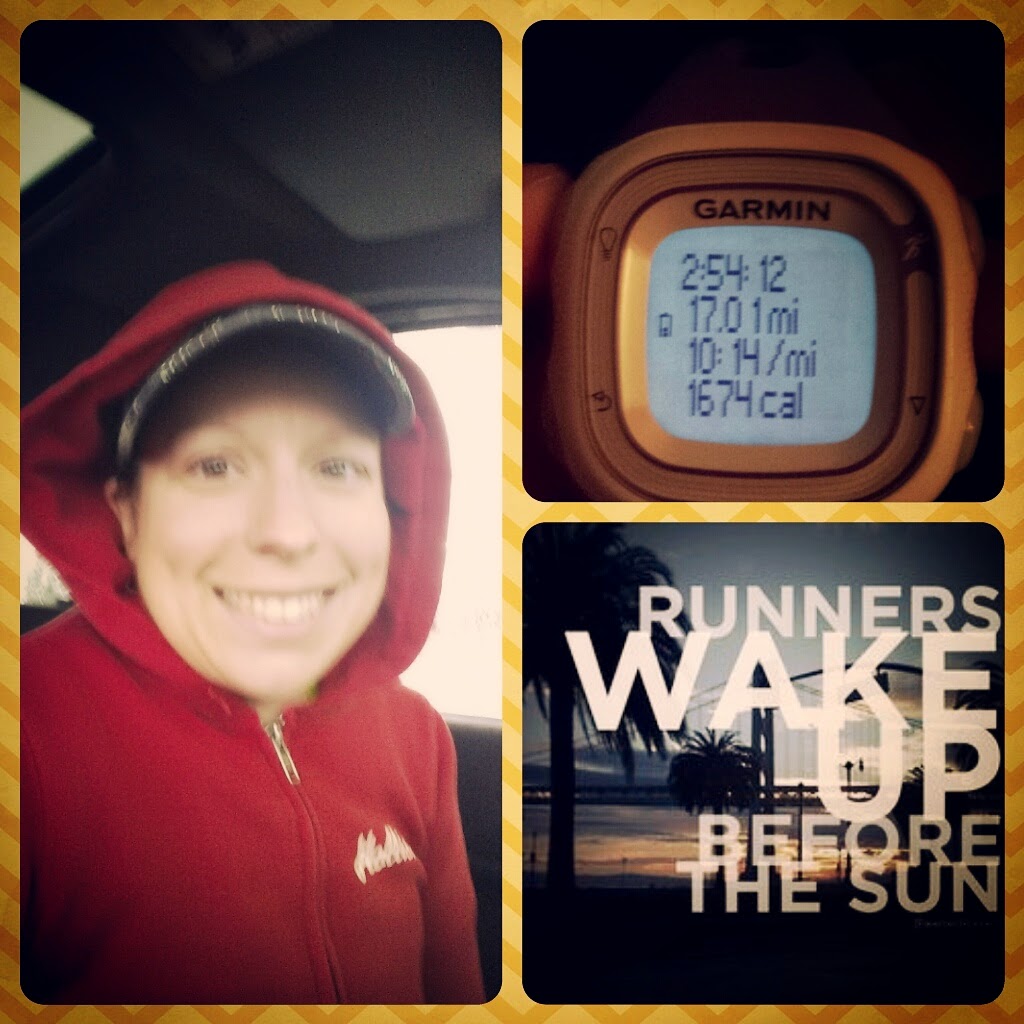 I guess that't what its all about. Doing what you set out to do.. no matter how hard it is. 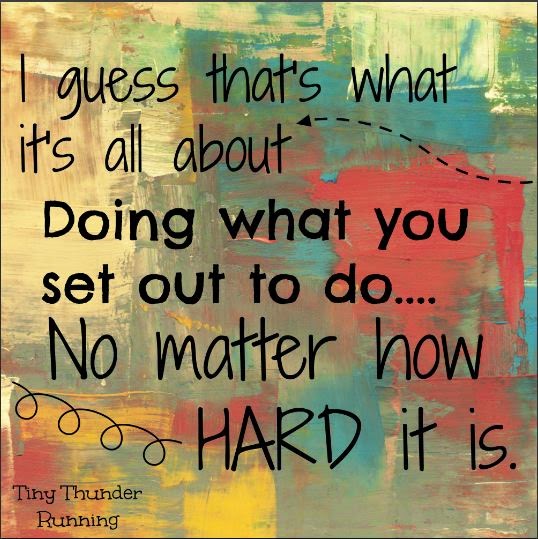 What mind/body obstacles have you had to overcome to achieve your goals?