So unlike doing other things with “strangers” I have decided I like running with them. Ok ok. So not like pick up a random person off the street and go run with them. What I am talking about are people from the local River Runners group who I have never met before in my life. We connected briefly over the Facebook page for the group.. but other than that.. yep- strangers.

Verdict?  I loved it. I met Don and Marni (and a whole pile of others) at 6am on Saturday morning to run my farthest yet- 18 miles. Don is this super cool “father figure” type man who has all these awesome and inspiring running stories from his career thus far. Marni is a mother of one daughter who is still somewhat new to running and especially to the long distance scene- she is also training for the same marathon as her FIRST.  Don, Marni and I set off on our journey toward the river while some of the others in the group took a lap (or 2) around Wildwood Park (AKA hill city) to start out their run.

Once we made it to the river, we traveled to City Island, ran a lap, and then stopped quickly for a fuel up. It was so helpful to run with Don as he has run Harrisburg marathon over 20 times (I think this is what he said!). At one point in our course he warned that during the marathon people will pass us, but not to worry- we will pass them later. The reason why? There are hills in the next leg of the marathon that will kill them. He told us to keep steady and don’t feel the need to rush- save our energy for the hills.

I was really glad that we ran the hills at miles 15 and 16 so I could get a feel for how my body would handle it. I would love to say it was completely successful. For some reason, my body freaked out a bit after the first major hill in the loop. I took a quick walk break, then kept trucking along. I ended up with a 10:22 min/mi average and I felt kind of ok with that. We did a few “too fast” miles which helped to balance out those “I’m dying and need to go slower” miles. It was a little humid again which may have contributed to not being able to keep quite the pace I’d hoped. All in all, I felt pretty good at the end of these 18 miles. I was feeling much more positive and less achy than last week’s 17 miles. Oh yea, and I might have had to bite my lip to keep from crying.

Well then I went from ^ that to this: 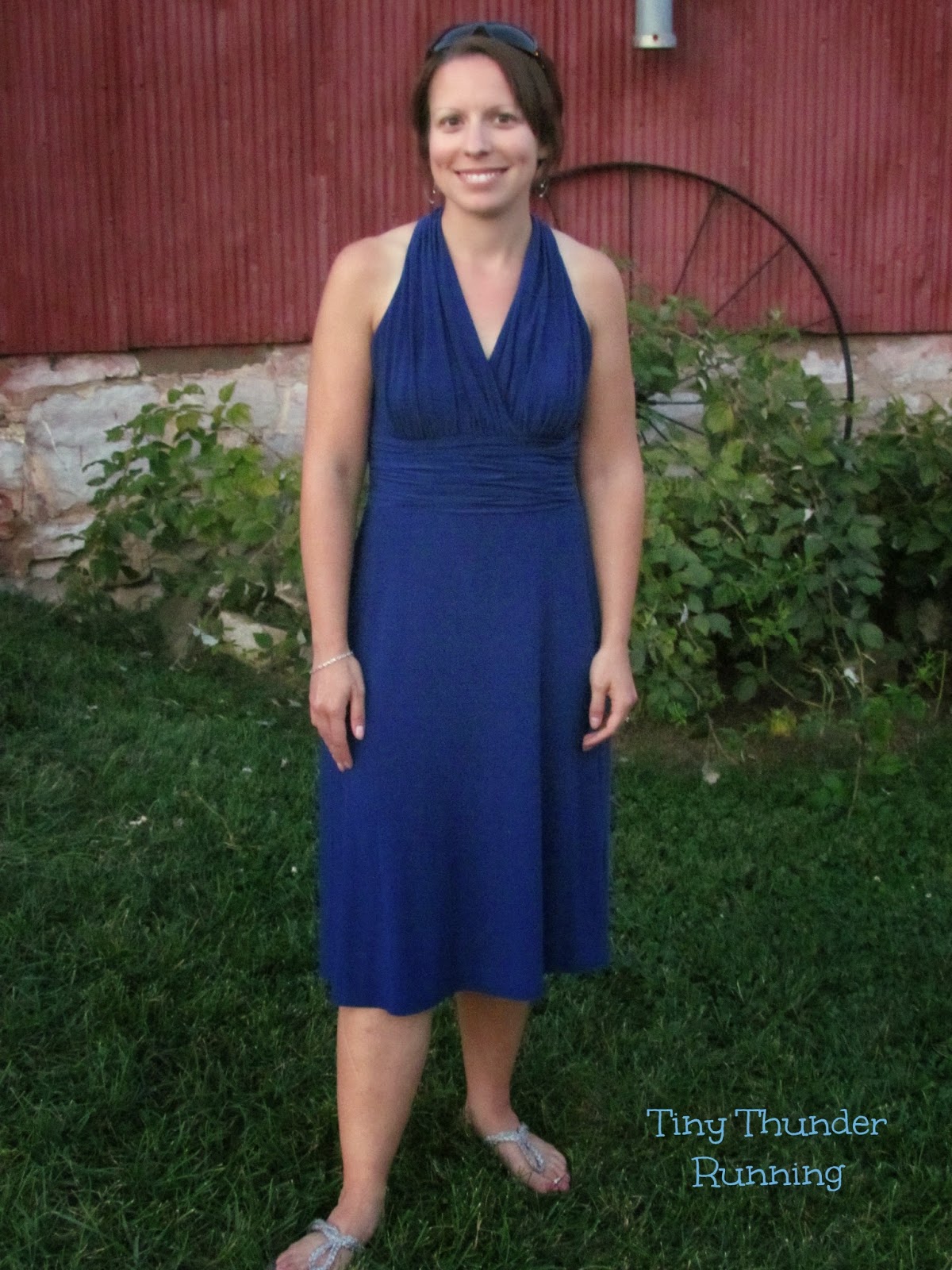 Not too bad, right?

This weekend is a fall back week- to 13 miles. I’d totally be lying if I didn’t say I was super excited for this lower mileage week. More on that later J

What did you get up to this weekend??
Labels: 18 miles make new friends marathon training running running mates running with strangers