After being so tired last week, I decided to try out just doing two weekday runs and the long run Saturday. Did it help?

Tuesday's run felt like a disaster and much more than the 7 miles it was. Honestly, if I wasn't running with a friend who was determined to complete it, I may not have. It was hot, my shoes were too lose and too tight, my legs felt a little like lead, and my head/heart didn't seem to be in this run. I was excited, as always, to have someone to run with but I just felt BLAH. 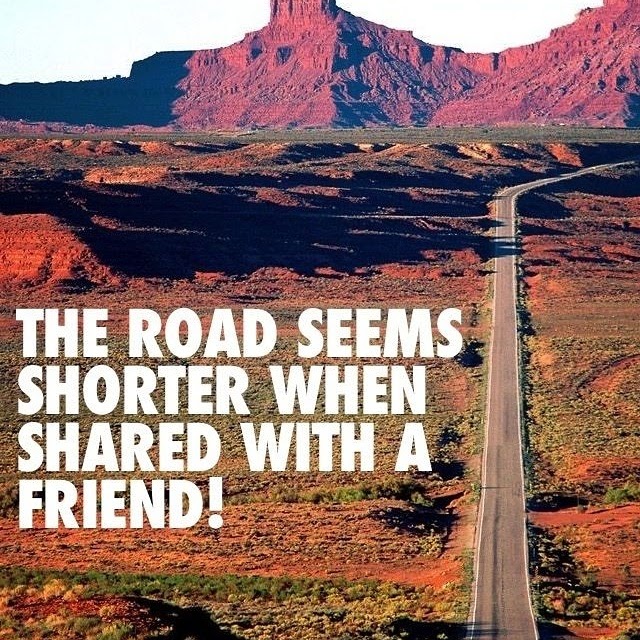 Thursday was AWESOME. I ran from my house to the nearby Negley Park, around the hilly part of the park a few times, and then ran home. The air was much cooler than Tuesday and I felt so FREE!! No water pack, no flip belt. Just me, my shoes, and garmin. It felt really great to run the hills to and from the park as well as those in the park. A really great workout overall- this was a nice feeling since most of my shorter runs lately have been torture. 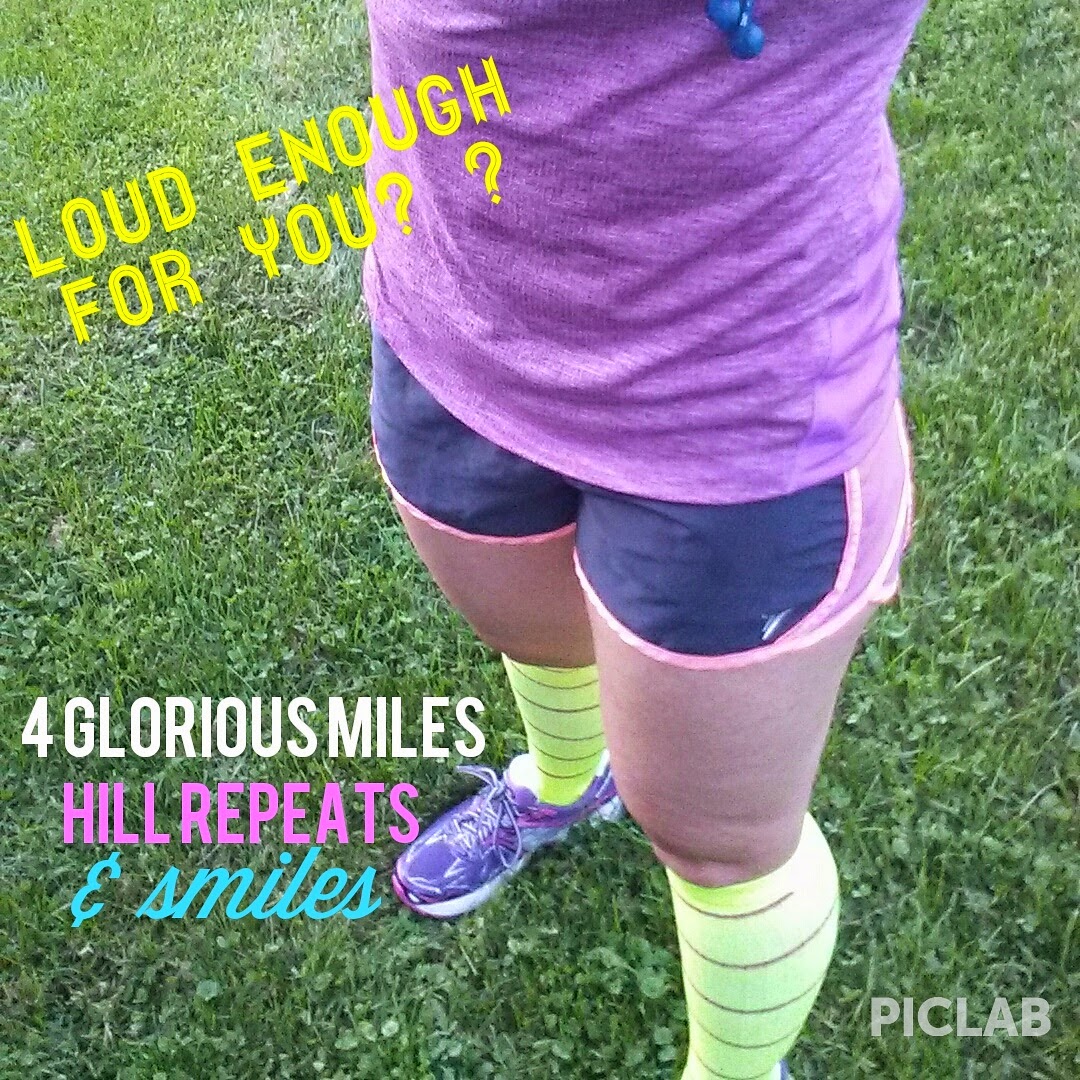 Then came Saturday's run. I met two new-ish running partners at City Island at 5:45am (holy darkness batman) and we headed to our starting point to run 15 miles. Yes, again the furthest EVER for me. The front portion of the run was a steady up-hill. I guess this was a good warm-up? Haha. It was still dark-ish so some of the areas were a little dark and I was really glad to be running with friends. We stopped for a quick bathroom break and fuel up shortly after 6 miles. After that we just kept running, no stopping even though there were a few times I would have loved to. At the advice of some fellow River Runner facebook friends, I added 2 Nuun tabs to my camelbak to help with hydration and muscle soreness (as experienced last week). This seriously helped SO much. It really seems like a such a DUH kind of thing, but sometimes you need to hear it from others who have gone the mileage you have only begun to tackle. Overall, this run felt pretty great. Not sure I could have gone any further, but I am definitely very ready to run the half marathon this weekend. 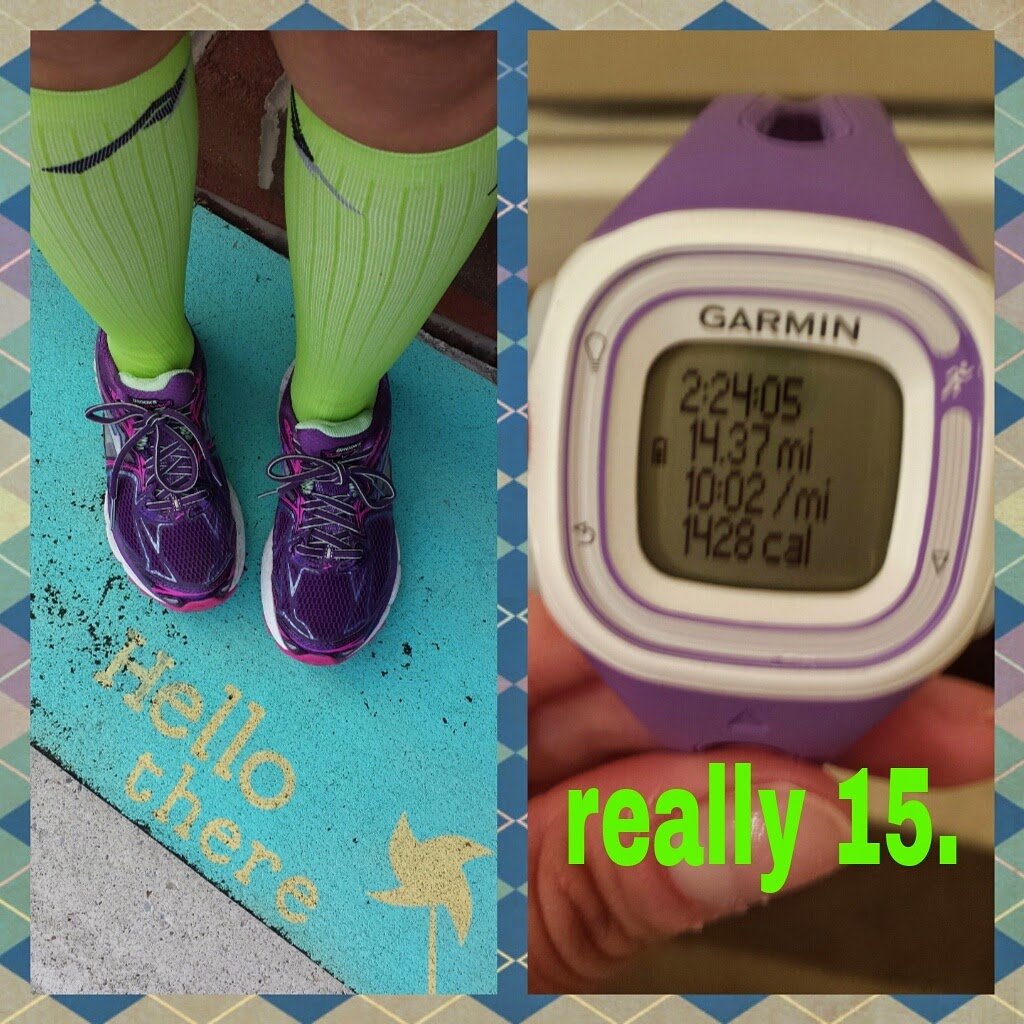 Oh yea, and one time we had to pause a moment to cross the street- apparently I paused and never UNPAUSED my darn watch. .63 miles lost. I mean they were run just not shown on my darn watch. AGH. Hate when that happens.

Either way, last week was a nice training week. Looking forward to the weekend and running the Bird in Hand Half marathon with my friend and coworker Emily!! It is her first and my second half marathon (first on this course).. so excited!! It is a really short week but I do hope to get a half marathon motivation Thursday posted :)

Have a great week!!!