Late is better than never right?

My work schedule and therefore life schedule is different this week so here I am Wednesday night, finally typing up my week 9.

Monday was rest day and I really did just that after the 16 miler then day before. I really needed the rest and I don't think I did much more than wash laundry!

Tuesday I got up early to put in the miles before work. It was still pretty hot, so I went shirtless and that was still almost too much! 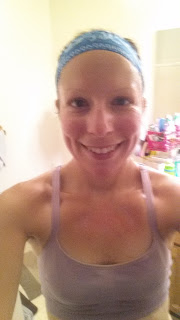 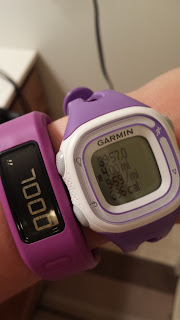 Still managed my 4 miles, that is all that mattered.

Wednesday was beyond a struggle. I had fully intended to get up in the morning again and run the day's 7 mile paced run. Unfortunately, lack of sleep and desire to try to get some before work won out and I missed my chance. A friend posted about running that evening and I quickly jumped on board. Sadly, the overcast skies of the day cleared up right as we were meeting to run along the river where shade is limited that time of day. We rallied and with a walk break or two, I made it through 7 sloppy, wet, discouraging miles. 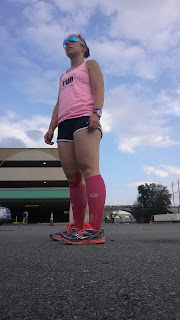 Didn't I look cool before the run? hah! 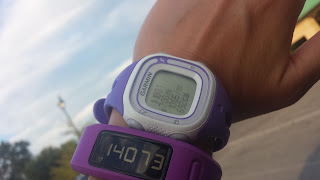 Thursday was interesting, to say the least. They were calling for storms. ALL. DAY. LONG. I kept watching and watching, hoping the forecast would clear for 6pm for the Fleet Feet run that I look forward to so much each week. Well. It didn't. I went anyway. A few other crazy kids did too. We waited until about 6:45pm when we deemed it "safe enough" to head out for a run. There is no fun group picture because it was not an official run due to weather. We were all thrilled that we did and we got the bonus of a rainbow siting (which I have no picture of! rain= no phone went on my run!) 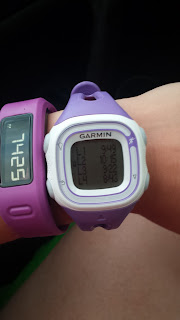 I ran the second two miles with someone who is a super strong and fast runner. He really pushed me to the end. He claims that I set the pace, but I really don't know. 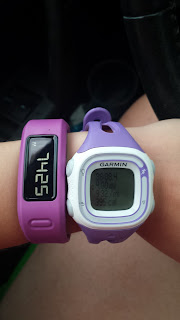 Pretty thrilled about this.

Friday I took at a nice walk at my lunch break and that was about it. A much needed rest day!

Saturday normally would have been my long run, but it was Girls on the Run Shop for  Cause day and workout at Athleta in Harrisburg. I was excited that 3 other River Runner lady friends showed up too! This workout was KILLER!!I think my abs are finally recovering. It was led by an instructor from Ethos Fitness in Carlisle. If you live close enough, it is definitely worth it to check them out. 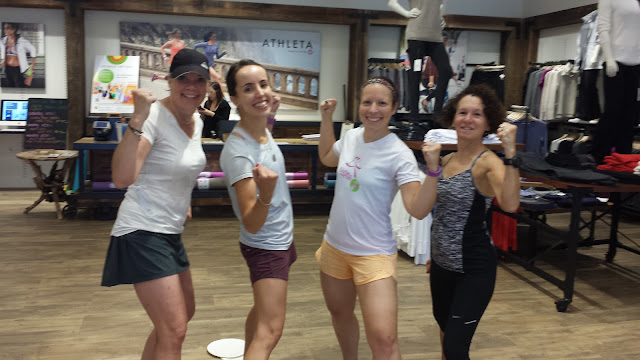 River Runners take on Athleta. Don't we look so strong and awesome? 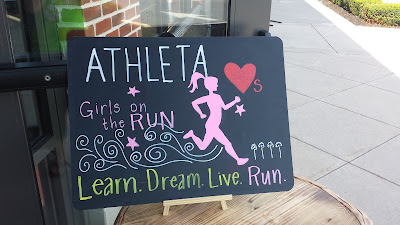 Such a great company! 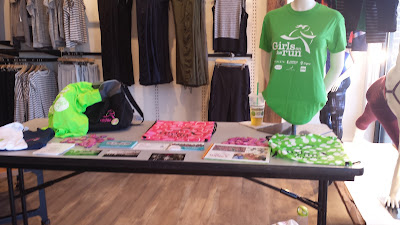 The GOTR table I manned for 2 hours after the workout.

I was really glad that I took the time from my day to stand at this table to represent GOTR. It was so awesome to the women working in the store and learn a little about them. There are actually a few there who volunteer for GOTR as well. I just love the feeling and good vibes surrounding that store.

Sunday I got my nice long run in. Even though it was "just" 13 miles, it definitely felt LONG. The first 4-5 miles my legs just weren't getting the memo that this was happening whether they liked it or not. Eventually I won them over and we continued on our merry way. 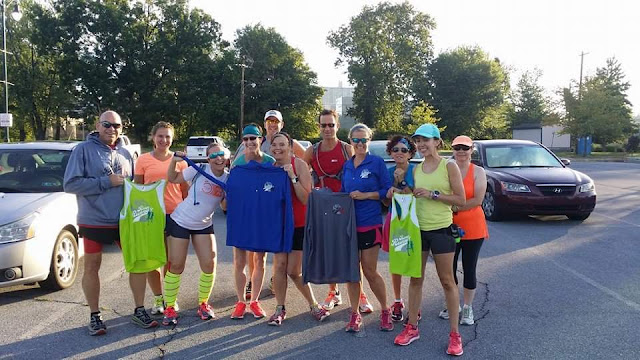 Part of the crazy group posing with our new rocking River Runner gear. What's better than a free running club with a clothing/accessory problem?!? 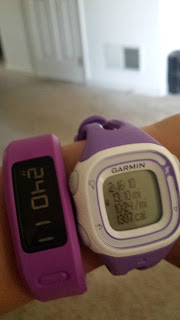 Exactly the pace we were looking for. Nice cool(er) morning.

That about sums it up, kids. I ran a total of 28.1 miles. As they say, it won't always be easy, but it'll be worth it. Overall, great week. Fight through those blah days to get to the great ones!

How is your training going? What do you do to get through the blah days?