It might have been over a month since I ran my 12th and final race of the year, but it does not mean I forgot about it or that it wasn't AMAZING. Life got crazy.. oh wait.. it still is. But with the year end just around the corner, I thought I better get my butt in gear and get this recap completed.

This is the third year of the race and third year of my participation. Some coworkers and I discovered this race three years ago and after the first was great, we decided we'd make it a tradition. So here we are at Swatara Police Department Hero Run 2015.

They actually had the pre-race festivities inside the mall which was awesome. In past years it has always been FREEZING and windy as heck. Of course this year it ended up being very mild and no wind. It was still nice to have shelter in case and I hope that they keep this aspect of the race. 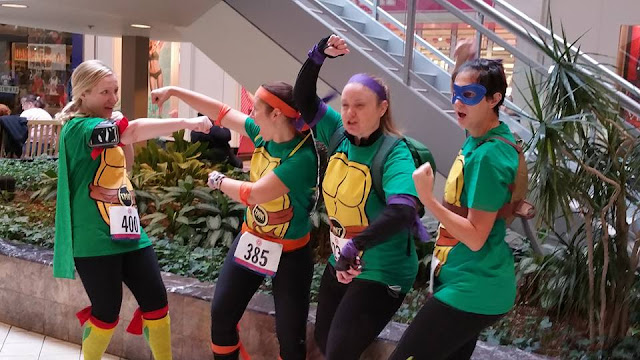 we had to get silly with it! TMNT for life.

They also had an awesome photo booth again.. so of course we were all over that too. 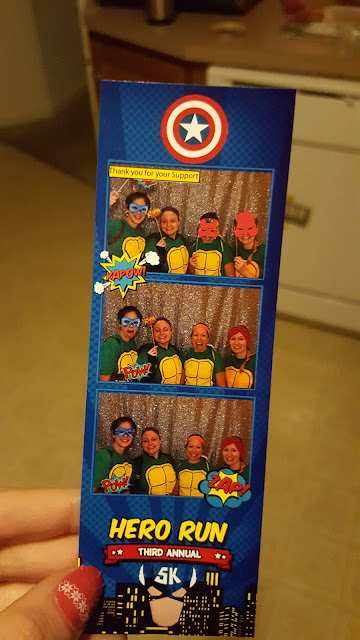 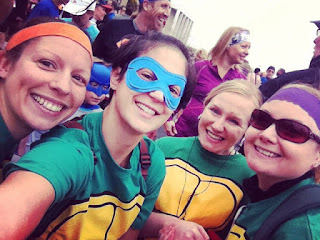 Quick waiting for the start selfie. Some of my most favorite co-workers

As for the race itself.. I was extremely proud of and happy with myself. Exactly one week post marathon and I killed it. The course was .08 mile short of a 5k.. at least the way that I ran it and my watch recorded it. I took off with Emily (in the blue mask) and at about .75 mile in, I checked my watch only to discover we were keeping around an 8:30 pace. I told her and we both decided we better chill out a tad. We did and continued to glide along, enjoying the race. I finished off at 26:39 gun time  and 8:59 pace over all. The only part I struggled with.. again.. was running through the mall. At least this year it was closer to the finish, but it still messed up my breathing quite a bit. Nothing to be too upset about either way. 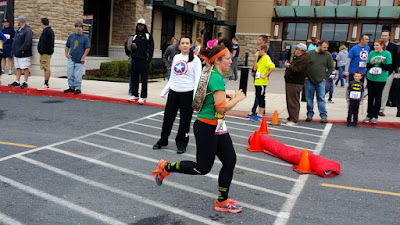 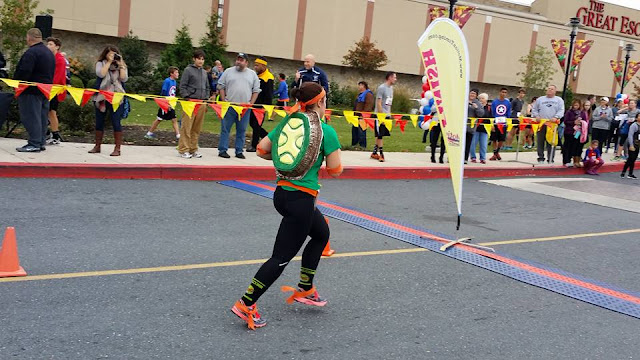 Not sure what I was more impressed with... my time or the fact that I ran with an aluminum pan shell on my back for 3 miles. Haha. Seriously though.

After we regathered our group and discovered that not only was there a wiener mobile, but some props.. we had a second round of fun. 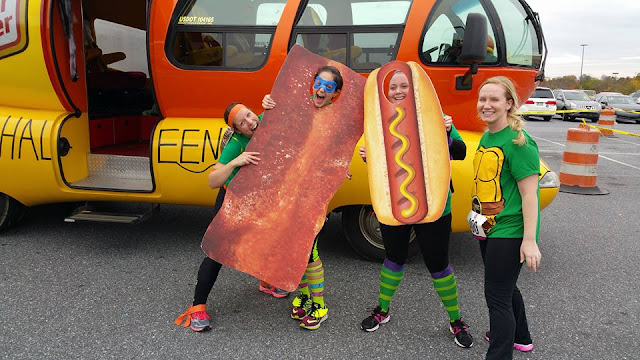 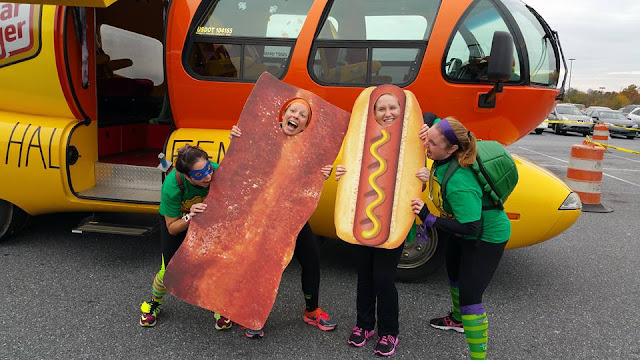 No hot dogs, bacon strips or runners were harmed in this photo shoot.

Once again a very fun race. I definitely plan to be back again next year! They put on a great show and it is for a great cause for the police force.