Almost a month ago (April 29th), I ran the Race Against Racism in Harrisburg. Every year, my employer is a sponsor and allows so many employees to have a free entry into the race. I was bummed to miss it last year because they changed the course so I was extra excited to have the chance to go this year. 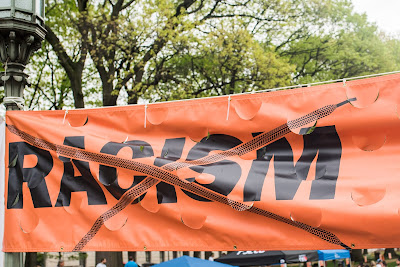 I don’t run a ton of 5k’s so I try to go all out and see what kind of effort I can muster. I knew I raced the Lucky Charm HBG 10k at an 8:43 average, so I was trying really hard to see what I could accomplish below that.  I knew I was capable of 8’ish minute miles because I had run them in training, but holding that for more than a mile was nerve-wracking.  People laugh at me when I tell them 5ks make me nervous. They think that because I run long distances, that 5ks are a breeze but they aren’t. When we train long distances, we don’t run really quick paces like we often push for in those pesky 5ks.  I get excited and nervous all at the same time.

Anyway, I met my friend Allison in the parking lot to get my race bib and walk over with her. We chatted on the way and were both glad for the cool temps and the overcast sky. She had not run much over the winter and hadn’t run a race since the Hero Run 5k we did together back in November so she was also a little antsy before the race.

I found some other friends who told me they were shooting to stay around the same I was hoping for and when it got closer to the start time, we headed to line up together. We lined up at the front which made me nervous about getting run over, but was better than having to dodge past other people. 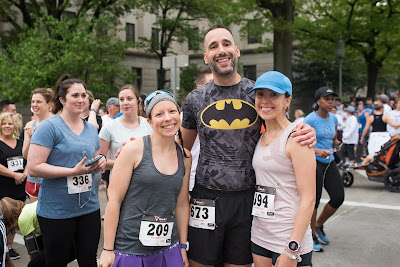 The race started with one of the local news channel anchors announcing and sending us off. A local photographer caught some nice shots as we all go started on our 5k journey through the streets of Harrisburg. 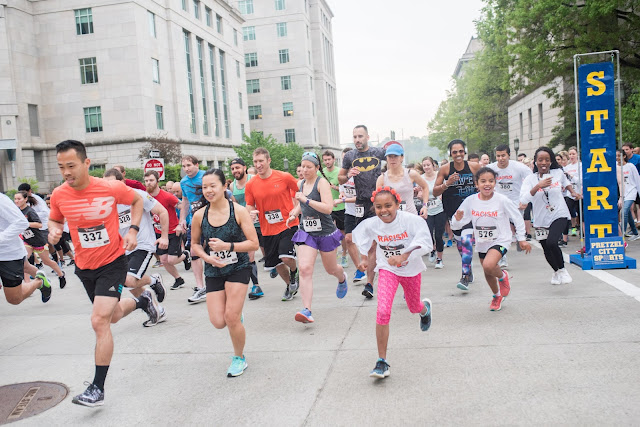 Those friends I mentioned earlier?? Yea, they definitely took off below an 8 minute mile. I realized it and just couldn’t get myself back under control. My first mile was an 8:03 which I was really happy with, but doubted being able to keep it up. I was able to slow my pace down, grabbed some water at the water stop and then finish it out with an 8:40 and 8:25 minute mile. 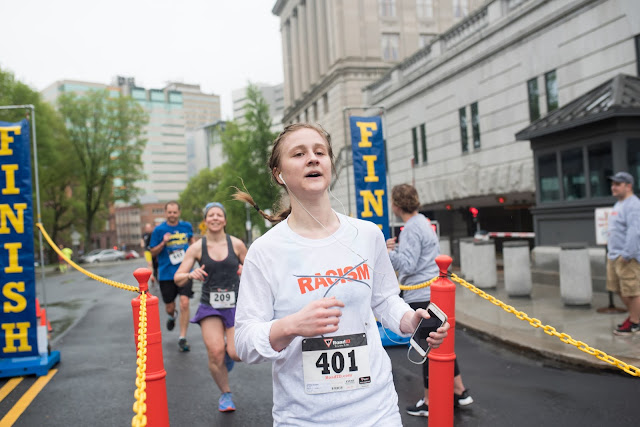 
I was pretty happy with my overall run knowing I had not run a 5k since November and that I worked really hard all winter. It was disappointing that I didn’t quite hit 3.1 miles, so not sure if this was a PR or not. If it wasn’t it sure was close.  The course wasn't the typical route that many 5ks run in Harrisburg so we got to see some parts of the city I don't normally run in. Probably my least favorite part was the out and back on the bridge, but thankfully it was raining and the sun wasn't blasting so that helped a TON!


Does your city have a "typical" route they use for races? Does this make you happy or sad?
Labels: 5k harrisburg race against racism racing runhbg running running with friends